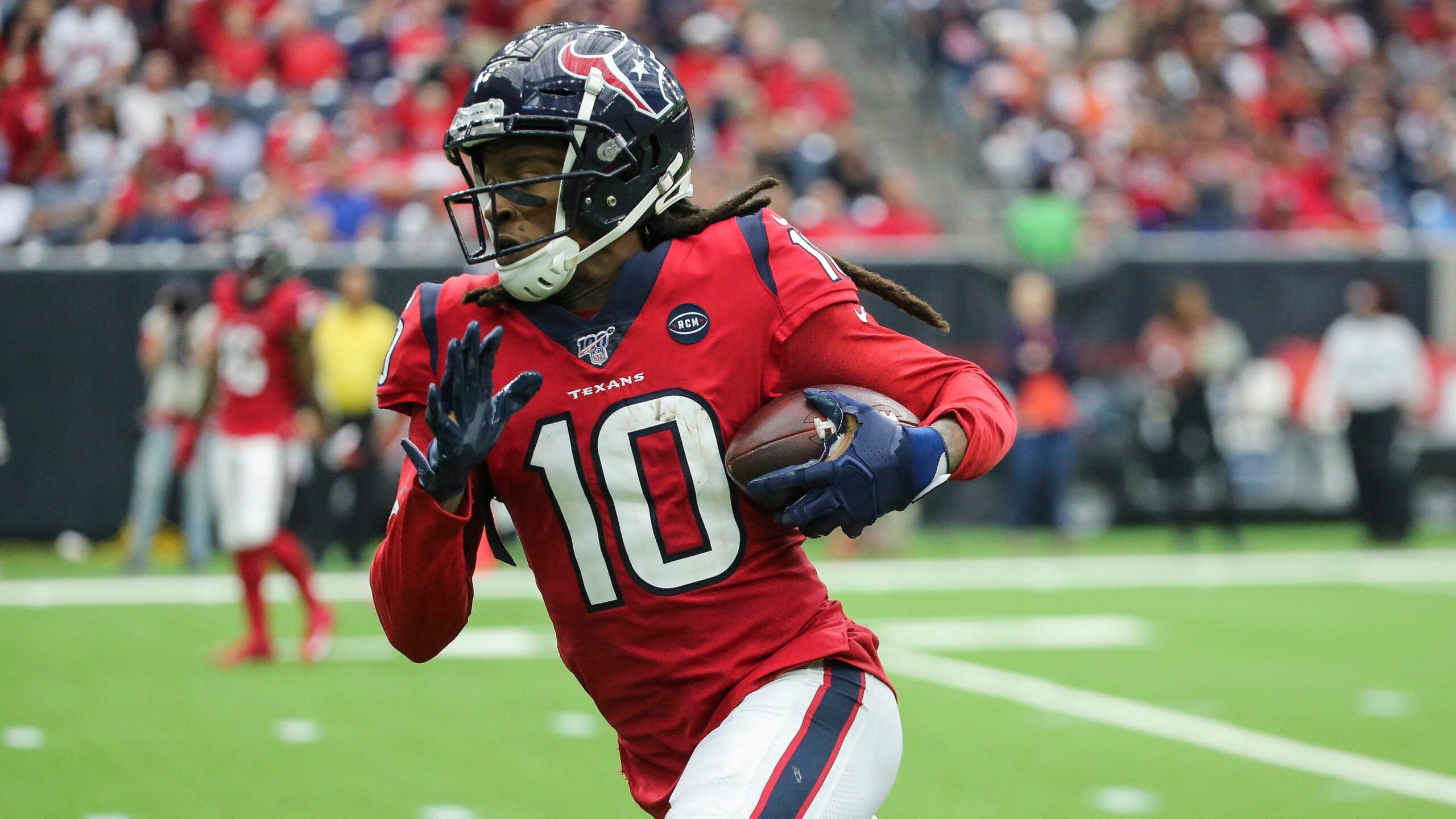 How did your top-drafted fantasy wideouts rank as it pertained to gaining targets on a weekly basis? Check out the following ball hogs who garnered at least 130 targets in the 2020 fantasy season.

Playoff-bound and also on a new team, Diggs thrived with the Bills in 2020. His 152 targets led to 127 receptions, for a league-high 1,535 yards that accompanied eight TDs. If Diggs was on your fantasy team, his MVP Week 16 performance might have just delivered you a championship.

He’ll be in top command as a WR1 pick in 2021 re-draft and dynasty start-up leagues.

Nuk was a busy guy in Houston and he was once again heavily targeted in 2020 as an Arizona Cardinal. He averaged a generous 10 targets per game and caught 71.9% of them from his new QB, Kyler Murray.

He’ll continue to be a fantasy football stud in 2021 when hopefully he finds the end zone more than the six times he did this year.

The Bears got it done enough to also head to the playoffs with Allen catching 67.5% of his targets over 16 games. From this, Robinson rewarded his fantasy owners with 1,250 yards and six touchdowns in 2020.

All was not too shabby considering Robinson had Mitch Trubisky and Nick Foles waltzing in and out of the starting lineup in 2020.

This is a remarkable stat considering Adams missed two games this season. Even more remarkable is that Adams scored a league-high, 18 touchdowns. He also averaged 98 yards per game.

For this, Adams will likely be the No. 1 WR to launch off drafts in 2021. Think of him as next year’s Michael Thomas.

However, MT didn’t end up panning out so well. So, never mind that jinxing thought.

Despite missing two games, Allen’s average 10.5 targets per game was darn impressive. He and rookie quarterback Justin Herbert meshed like PB&J with Allen winding down 2020 with 992 yards and eight touchdowns.

As long as Allen is playing healthy, he’s a fantastic fantasy asset who posts WR1/2 numbers on a consistent basis.

Julio Who? Evolving into a clear-cut No. 1 WR role with the Falcons, Ridley rocked 15 games, producing 1,374 yards and nine touchdowns for his fantasy owners.

He should continue to move up the draft boards while his counterpart, Jones’ stock in 2021 plummets.

A new team did wonders for Anderson who primarily caught 68.8% of his balls from Teddy Bridgewater. For this, Anderson produced 1,096 yards and three touchdowns. At times during the season, Anderson even out-paced D.J. Moore for which Moore’s fantasy owners anguished in madness.

Target Anderson as your WR2/3 next season and he should hold up his end of the bargain and then some, certain weeks.

Hill was a beast this season turning his handouts from Patrick Mahomes into 1,276 yards and 15 touchdowns in 15 games. Hill and Mahomes consistently never fail to disappoint, which will continue to make this talented WR a top draft target in 2021 redraft and dynasty leagues.

Not even close to playing with solid quarterback conditions as the aforementioned Hill, McLaurin is fantasy star in the making. In 15 games, McLaurin recorded the 11th-most WR yardage and found the end zone four times.

Look for McLaurin to keep hitting his stride as he enters his third-year as a solid fantasy option; with hopefully a solid fantasy quarterback situation to boot in 2021.

From a fantasy perspective, Lockett’s high target share keeps him a decent PPR option in 2021. Just keep in mind that Metcalf looks to be the Top Dog Seahawks’ fantasy wideout to target when drafting rolls around.

As frustratingly as things shook out for Pittsburgh’s receiving trio, Johnson averaged 8.7 targets per game, beating out JuJu Smith-Schuster and Chase Claypool in this stat.

For this, Johnson recorded 923 yards and seven touchdowns. Just imagine how many more fantasy points Johnson would have delivered if he hadn’t dropped the dang ball 10 TIMES IN 2020?

Woods was a reliable WR2 most weeks after catching 69.2% of his targets. In turn, he gave his fantasy owners 936 yards and six touchdowns.

In case you are wondering, Cooper Kupp recorded 974 yards stemming from 92 catches. Unfortunately, Jared Goff threw for only 20 total touchdowns compared to 13 picks which impacted his WRs fantasy potential big-time.

Keep this mind when considering those Rams WRs as fantasy options in 2021.