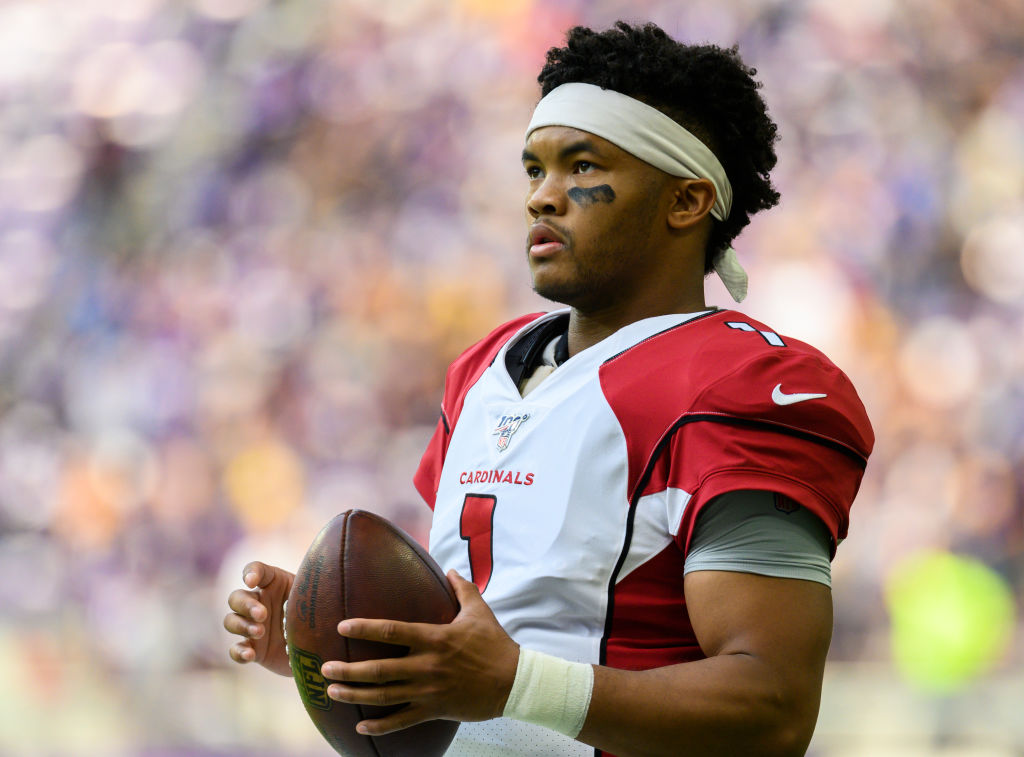 For those who stream quarterbacks, or are looking for some affordable DFS options, check out these start ’em quarterbacks who have fantastic Week 13 matchups.

Two weeks ago, Hill started against the Atlanta Falcons where he passed for 233 yards, rushed for 49 and pounded in two scores on the ground.

Guess what? Hill faces the Falcons again in Week 13 when he should continue to move the sticks. The Falcons currently give up the second-most quarterback fantasy points which includes the most rushing touchdowns and 22 passing scores.

Start Hill with a high level of confidence in Week 13.

After a stinker 170-passing yard, one touchdown game in Week 13, look for Murray to get back to scoring his owners some good fantasy points next playing the Rams.

This is a divisional game for the Cardinals and Arizona needs to pull out all the stops to return to winning. The Rams last let 49ers backup quarterback Nick Mullens pass for 252 yards while completing 68.6 percent of his passes.

Murray is far too talented not to take advantage of moving the ball downfield on his home turf.

Wipe Denver’s last horrible game out of your minds and embrace the fact that Lock returns in Week 13.

He’s got a quarterback start ’em matchup against that high-rolling Chiefs offense that will most assuredly force the Broncos to pass to stay in the game. Lock last threw for 254 yards against Kansas City in Week 7.

Since, Lock has improved and the Chiefs on the season have give up 21 total quarterback touchdowns in 11 games.

I touched on Mullens earlier when he held his own against the Rams. Next, Mullens has a favorable matchup against the Bills in Week 13.

Through 2020, Buffalo has given up the ninth-most quarterback fantasy points which comes along with 284.1 total QB yards per game. The 49ers are going to have to throw in this one and they might just pull off another surprise underdog win.

Get Carr into your Week 12 lineups, sit back and watch the fantasy points roll in. Carr squares off against the Falcons, whose defense could not stop a quarterback if it was paid to (and it’s paid to).

To date, the Falcons have given up THE MOST quarterback fantasy points. This would include them last letting Taysom Hill have his way all day long this past Sunday.

Carr is obviously better than Hill, so let’s do the math.

If you’re absolutely cringing while seeing Wentz here, breath easier. He has the chance to make things up to his fantasy owners in Week 12 playing at home against Seattle.

The Seahawks have yielded 420 total yards on average to opposing quarterbacks this year. This comes along with this defense giving up 23 total touchdowns. If Wentz can avoid throwing the ball to the guys wearing neon green and blue, then he stands to reward through sheer volume this game.

Week 12 should bring out one of Cousins’ better performances when he plays the Carolina Panthers. Aside from the Detroit Lions completely choking against the Panthers in Week 11, this defense gave up a ton in its two games prior to Patrick Mahomes and Tom Brady.

Over Weeks 9-10, Mahomes and Brady combined for a whopping 713 passing yards and seven touchdowns playing against the Panthers.

Cousins — as well as his wide receivers — are all primed to thrive in fantasy football in Week 12.

Those who need a cheap quarterback streamer in DFS, or are wondering if Jones makes a decent start in Week 12, should take the chance. He and the Giants will face the Cincinnati Bengals for starters.

This defense, over its past two games, has allowed the second-most quarterback fantasy points. And on the season, the Bengals rank 10th-worst against the pass.

Week 12 could be one of those times that Danny Dimes surprises — in a good way.