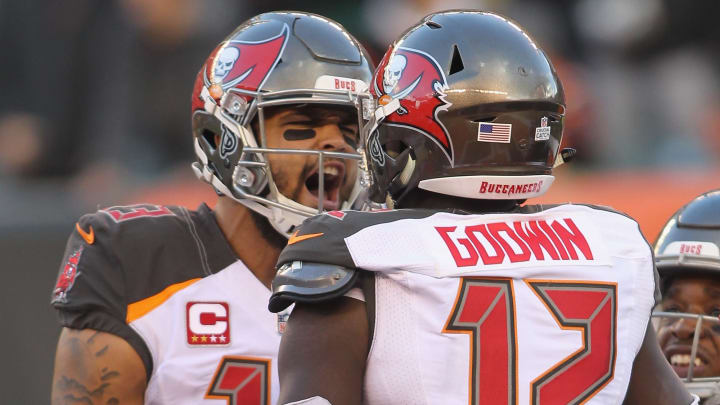 Who helped tank your fantasy team in 2020? Or, who did you totally blow a high draft pick on only to be deciding on a weekly basis if they are a start ’em or sit ’em player?

Let’s vent about who has mastered the art of disappointing their fantasy owners in 2020, starting at quarterback.

You drafted Newton because Bill Belichick is a good coach and the Patriots offense generates plenty of fantasy points.

Wrong. More often than not, Newton couldn’t get his act together on game day. No longer start-worthy, this dude has five passing touchdowns completed through 13 games. Fortunately, he did manage to rush for another 11.

Overall, Newton’s erratic performances had a trickle-down impact, making the rest of the Patriots offense unreliable as fantasy options.

End of Season Update: Newton gained a little speed late season, throwing for three touchdowns in his last game. But, he was also benched the week before in lieu of Jarrett Stidham. Who knows where he will turn up in 2021.

This 70’s throwback quarterback started off hot, then fizzled his way into irrelevance due to the Jaguars’ desperate attempts to win games with even lamer options at quarterback than Minshew.

Either way, Minshew’s careless play when under center while wearing his short leash has made him a pretty undesirable fantasy option this year.

And even attempting to trust any Jags’ WRs in fantasy lineups has been like picking the short straw every try.

Fragile as fragile can be, Garoppolo, even when he was healthy, wasn’t doing his fantasy owners an favors this season. In the four games he did complete, he averaged just 233.75 passing yards per clash. This accompanies seven touchdowns on the season compared to five interceptions.

The 49ers should have never rushed Garoppolo back into the game. That did not turn out well for anyone involved.

Wildly inconsistent and sloppy this season, Wentz sports a league-high 15 interceptions thrown in 12 games on top of four lost fumbles. If you drafted him as your starter, your starter is now riding the pines.

Hopefully fantasy owners of Wentz prepared for the worst and picked up a decent backup. Maybe that backup is Jalen Hurts who looks a whole lot sharper than Wentz has this season.

End of Season Update: Wentz was still manning the clipboard and was not even the No. 2 QB option in the Eagles final game. Slap in the face.

Many were quick to swipe right on Drake way too early in fantasy drafting. Aside from a few injury hiccups, Drake’s averaging just 67.2 rushing yards per game compared to the 80.4 he managed in 2019.

He has scored nine times in 13 games, has split time with Chase Edmonds and is nowhere near that slam dunk RB1 he was overhyped to be this year.

Fantasy owners have been left clueless many weeks trying to read between the injuries to figure out which 49ers back should be in starting lineups.

Raheem Mostert has clearly been the primo option. However in eight games, he has produced only three touchdowns and has averaged only 65.1 rushing yards per game. When he was healthy, Mostert slid in nicely as a flex. However now, he’s on IR when reportedly Jeff Wilson will fill in.

And never mind Jerick McKinnon and Tevin Coleman who have simply disappeared off the face of the Earth.

Swift was a coveted rookie pick, especially in dynasty football leagues. So, hopefully, he has a brighter future ahead. As for 2020, Swift has missed games and when he has been on the field, it’s anyone’s guess as to what workload the Lions will give to him.

Maybe in 10 years when Adrian Peterson retires, Swift will finally be that guy.

End of Season Update: Swift produced a promising 10 total touchdowns on during his 13 games including four starts.

Indianapolis has been an utter fantasy cluster this year. Jonathan Taylor was allegedly inline to be the lead back from Day 1. He went flying off draft boards only to end up on some waiver wires mid season.

His under-usage was criminal while Nyheim Hines ran wild. Then halt. The Colts foiled us all when they reverted back to Taylor in Week 11. Since, JT has been unstoppable while those who hit the waivers to claim Hines now fume on the sidelines.

End of Season Update: DRAFT TAYLOR IN 2021! He finished 2020 in phenomenal style, with a 253-yard, two touchdown performance in Week 17. This kid is going places next season!

A personal thorn in my side, Sanders’ fantasy numbers have been all over the charts all season. He’s barely touched RB1 territory and isn’t even a reliable RB2 most weeks.

Just when we needed him most in Week 15, he had another vanilla performance following his 136-yard, two touchdown game the week before.

Across the board, let’s throw both the Rams and Chargers running backs into the fantasy trash bin. Between the injuries and mixed play, it has been a mind-bender trying to figure out who to start each week.

We will take a quick look at total yardage — rushing and receiving combined — (split all over the place) — and move on.

Father Time might be catching up with Jones. Finally. He’s caught 75% of his passes. But, three touchdowns this season and his lowest average yardage (85.7) per game since 2012 and his ailing injuries simply are not cutting it for 2020.

Clearly victims of an unfortunate quarterbacking carousel, Amari Cooper is currently our WR17, CeeDee Lamb is WR19 and Michael Gallup is WR51.

They are all very talented players, but they have been risky fantasy starts all season long. We can even throw in Zeke Elliott, who is having a very wonky season as well. Not sure what is up with this situation.

A missing persons’ report should be filed. A wasted draft pick, Golladay is not on IR but has not played since Week 8. Where is he?

The unknown is the most frustrating and likely fantasy owners have long-since found a replacement for Mr. Invisible.

Where is he now? He has been placed on IR due to lingering ankle injury. While that’s not his fault, MT did his fantasy owners dirty big time after he decided to punch one of his teammates in practice. The Saints benched Thomas in Week 8 as a result.

It’s unfortunate to report, but Thomas rewarded his 2020 fantasy owners with zero touchdowns and 62.6 yards on average per clash. Yuck.

This group has been hit and miss all season. The addition of Tom Brady’s man-crush, Antonio Brown and his desire to force feed targets to Brown is very upsetting to Mike Evans and Chris Godwin owners.

End of Season Update: Since this writing, Brady really fed his WRs well. Here is how each receiver ended 2020:

Who is the common denominator here? Brady! Draft him with confidence in 2021.

Fuller works his way all the way up to WR4 in the ranks, only to get suspended for PEDs. He was having his best fantasy season to date (879 yards and eight touchdowns in 11 games) only to ultimately sucker-punch his fantasy owners and his NFL team in late November.

Most would agree that Kupp has not played up to his fantasy ADP. He’s currently WR27 and has scored only three times in 14 games, compared to his 10 TDs in 2019.

The most disappointing thing with Kupp is that he is healthy and has been present every single game. Unfortunately, he’s not cutting the mustard by averaging a career-low 10.8 yards per reception.

JuJu has the dance moves, but that’s not doing squat for his fantasy owners. At WR28, Smith-Schuster fights for targets each week against Chase Claypool and Diontae Johnson.

Unfortunately, JuJu’s fantasy output has been completely touchdown-dependent. His 47.9 yards averaged per game have just been a bummer.

End of Season Update: Smith-Schuster finished 2020 with nine touchdowns — his highest of his career. If we temper expectations and draft JuJu as a flex or WR3 at the best, we won’t be set for the usual disappointment.

I love me some Kittle. He’s ultra-talented and a game-changer when he’s on the field. Sadly, he’s been on the field in only six games this season.

People who drafted him high, right behind Travis Kelce at TE, have been left high and dry trying to find replacements for multiple weeks on end.

It is with hope he returns for his fantasy owners in Week 16. But then again, should the 49ers risk further injury hurrying him back?

End of Season Update: Because of Kittle’s absences in 2020, he will slide in 2021 fantasy drafting. Should Kittle fall to the right spot, go for it. Just don’t reach. When healthy, Kittle is still one of the best in the business.

Every year since he was drafted in 2017, seems to be “the year” Engram thrives as a fantasy tight end.

Welp; Engram missed getting the “you will be a top-5 TE” memo again.

He is averaging a career-worst 40.9 yards per game and has scored one lousy touchdown all year. And, Daniel Jones has done Engram no favors.

In conclusion, It would take way to long to cover every fantasy player who caused us grief, anguish and the loss of games this year. Please feel free to vent here, or chat me up on Twitter.

Read More: 20 Most Disappointing Fantasy Football Players of 2020 So Far

Davante Adams will get a TD!! Let’s make it so!