Do Not Start Cam Newton in Fantasy Football Week 8 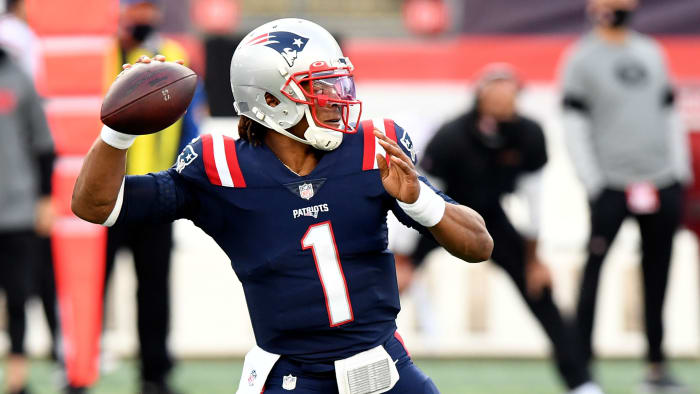 The New England Patriots are reportedly going to allow Cam Newton to start this Sunday. However, Newton is a big fantasy football pass for Week 8 and here is why.

Take a look at this unrecognizable list of “healthy” receivers that Newton will attempt to work with on Sunday. Seriously, who are these guys?

Newton looks to be playing without any of the Patriots’ top talent at receiver. Not that this made much of a difference in his last utterly horrifying Week 7 performance against the 49ers. A performance that ultimately got Newton benched for his careless play.

Newton plays on the road against the Buffalo Bills. The Bills last held Sam Darnold in major check with 120 yards and they picked him off twice. In total, the Jets offense scored a putrid 10 points.

Hopefully if you’re a Newton owner, you have some other better option. It is extremely difficult to trust a QB that earned .8 fantasy points in his last game.

He may bounce back some this week. However, Newton has not looked or played the same as he did in his first two games of 2020.

Read About More QBs who need to sit in Week 8 here:

Thoughts TE Tre' McKitty with both Parham and Cook (35) headed to FA?

Fantasy sleeper? I'm thinking there is some appeal there