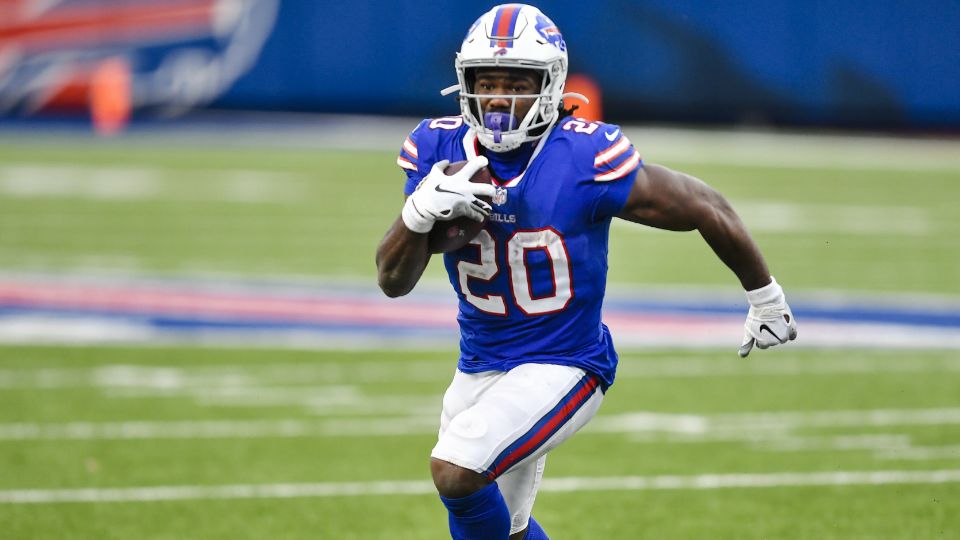 Between NFL bye weeks and injuries, the following players found on the waiver wires ahead of fantasy football Week 9, may help save your team.

Moss is definitely worth a Week 9 waiver claim. He had his most productive week of the year after rushing for 81 yards and two touchdowns against New England.

He seems to be the preferred red zone back (over Devin Singletary) and has a decent matchup against Seattle that is currently yielding a league-high 461 yards on offense per game.

Minus all his starting WRs in Week 8, Cam Newton settled on Meyers as his No. 1 target (10/6/58). For those desperate to fill a deep flex spot, Meyers has a some appeal playing the Jets in Week 9. The Jets have allowed the ninth-most WR fantasy points. And, Newton is playing to save his job.

Shockingly in Week 8, Wilkins took a lead role and racked up total of 113 yards and a touchdown, leaving Jonathan Taylor fantasy football owners fuming. It was later revealed that Taylor was dealing with an ankle issue. Nevertheless, Wilkins should be rostered in the event Taylor misses extended time.

Samuel has some deep fantasy sleeper appeal and he last lined up at receiver, and running back and scored each format against the Falcons. Next up, Samuel faces the Chiefs that are allowing 344 all-purpose yards on offense each game.

Edwards had his biggest game of the season (87 yards and one touchdown) even playing alongside rookie RB, J.K. Dobbins. This street credit makes Edwards a worthwhile waiver wire add as long as Mark Ingram remains sidelined with his ankle injury.