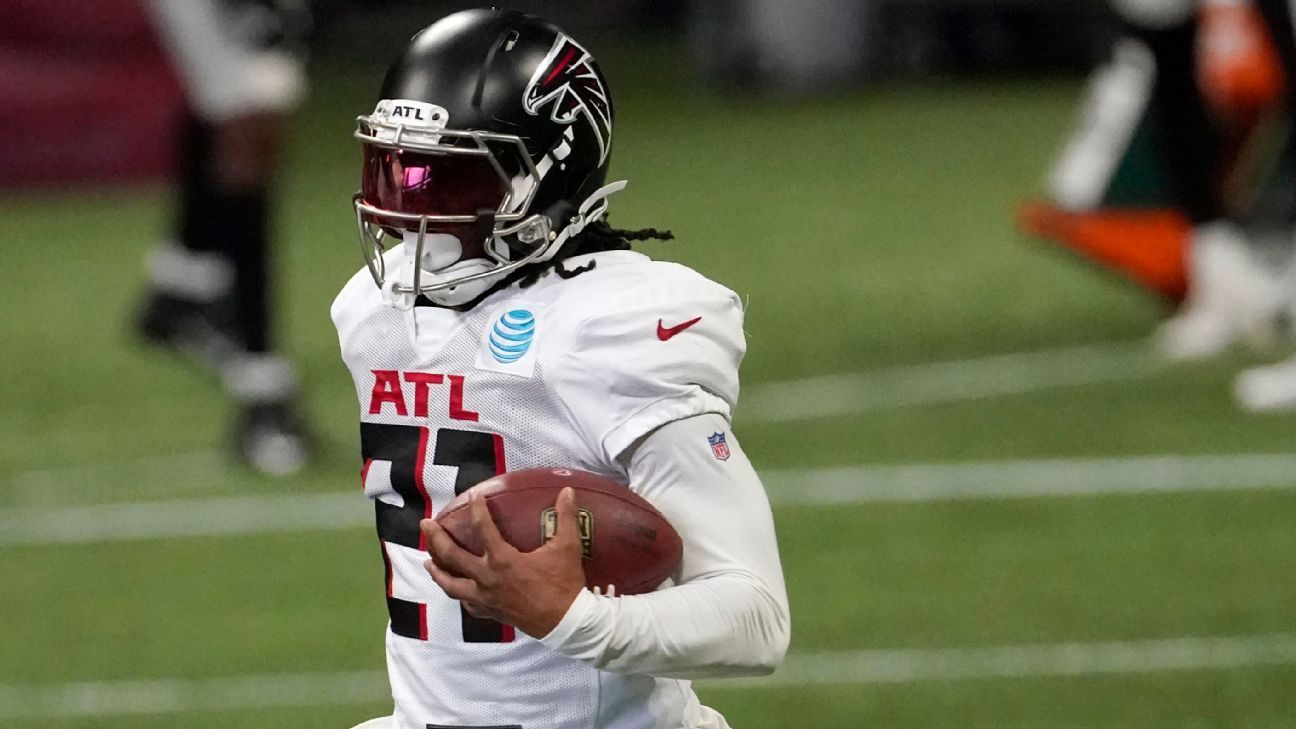 Week 12 running back help is on the way! Here are some fantasy football running backs who should be in your Week 12 lineups.

Todd Gurley has been ruled out for this week’s game against the Raiders.

If you can get Hill from the waivers, or have him stashed, he should be a serviceable running back to start in Week 12.

Scrap last week’s disastrous Falcons’ game under the rug and look for the team to get back to the basics and start running the ball and that starts against the Raiders in Week 12.

Weather won’t be a factor in the Raiders’ dome where the Kansas City Chiefs running backs last combined for 135 yards and three touchdowns. On the season, the Raiders have given away the fourth-most running back fantasy points. Hill should be primed to take advantage.

The Bengals may lean more on Bernard with star quarterback Joe Burrow now out for the season. If so, look for Bernard to do his fantasy owners well with a Week 12 home matchup against the Giants.

Running backs facing New York thus far have earned the sixth-most fantasy points to date. While Bernard is not exactly going to look like Dalvin Cook out there dominating the field, he makes for an affordable streaming running back option in DFS, at the very least.

Ahmed has emerged as the lead back for the Dolphins, edging Matt Breida out, while Myles Gaskin has been out with a knee injury.

With that said, Ahmed is start-worthy in a divisional showdown against the New York Jets in Week 12. The Jets are giving up a total of 139 total running back yards per game, and with Miami likely controlling the game script, Ahmed will get his opportunities both running and catching the ball.

Sanders hasn’t exactly commanded must-start RB1 status over his last couple of games. He’s been a little lukewarm, but has a chance to get hot again in Week 12 against Seattle.

Over their past two games, the Seahawks have awarded the fourth-most running back fantasy points which comes along with five touchdowns being given away.

Sanders should find his stride and see an uptick in fantasy production this game around.

Moss has all but taken over the lead ball carrying duties much to the anger of Devin Singletary owners. But the show must go on and if you have Moss, or need a streaming running back for Week 12, get him in your lineup.

He will square off against the Chargers that simply have struggled against running backs in their last handful of games. Over the past four weeks, running backs playing the Chargers have rushed the ball at 5.24 yards per carry, while scoring six times.

If the Bills gain the upper hand, Moss will receive plenty of opportunity to make his fantasy owners very thankful.