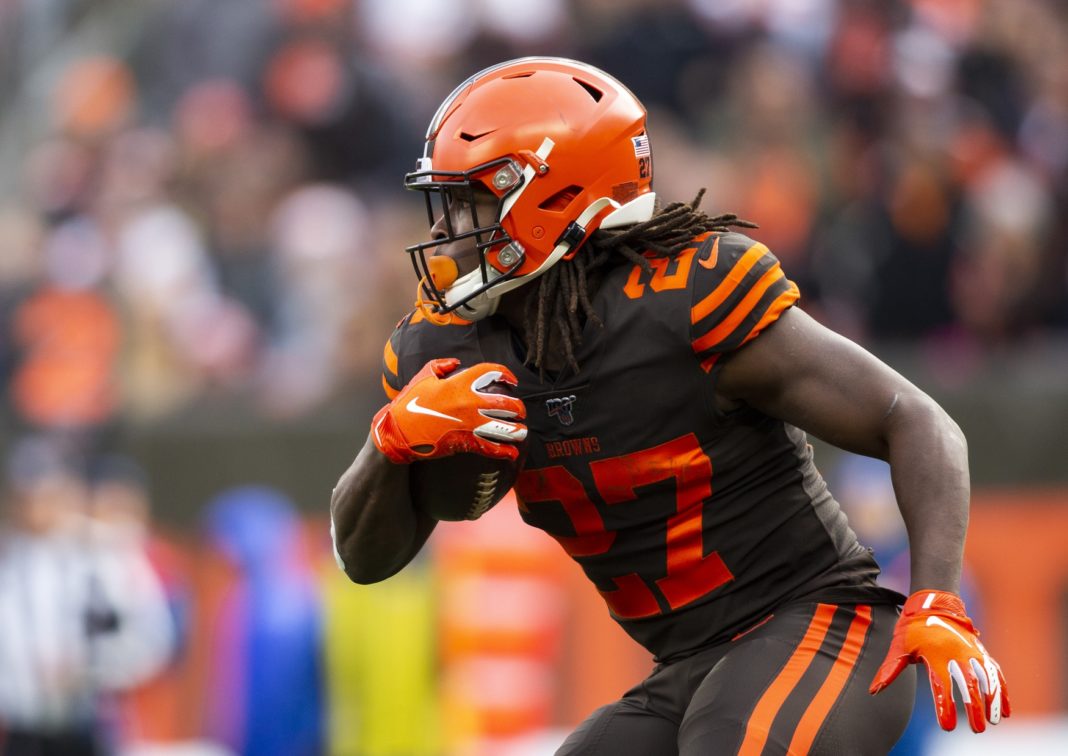 NFL Week 8 has arrived, so here are some start ’em fantasy football players who excellent matchups this Sunday and Monday.

Garoppolo is going to have to work harder to score this week in Seattle, than he did in his last game. The Seahawks are no slouches. However, their defense has given away THE MOST QB fantasy points to date.

Week 8 offers a fantasy-friendly matchup to Hunt at home against the Raiders. Hunt will be leaned upon even more minus Odell Beckham Jr., playing against a defense ceding 137 total RB yards per game on average.

Those rostering Bell might want to gamble with him as a flex in Week 8. He has a hot revenge game against his former Jets.

The Chiefs could easily dominate early, affording Bell plenty of extra opportunities to leave the Jets a big mess to clean up.

Keep an eye on Sanders’ availability (knee) for his Week 8 clash against Dallas. If he starts, great! If Boston Scott starts, great! The bottom line is the Cowboys are an utter wreck and have allowed an average of 203 total RB yards per game over the last two weeks. Ridiculous.

Week 8 is presents Robinsons with a favorable home matchup against the Saints. The Bears are likely going to have to throw to keep up. And, the Saints have allowed the third-most WR fantasy points in their past two games.

Boyd and Higgins should both thrive against a Tennessee Titans defense that has been like an “all you can eat buffet” in what it gives away in WR fantasy points as of recent. P.S. Fire up Joe Burrow as well.

The Dolphins are back from a bye and Gesicki makes a sweet play at TE facing the Rams. In their last two matchups, the Rams have allowed a generous average of eight TE catches and 100 yards per game.

A fantastic play at defense in Week 8 is the Bills at home against the Patriots. The Patriots have suddenly turned into one of the biggest dumpster fire teams in the league.

Cam Newton has been a complete catastrophe and whether it is him or Jarrett Stidham under center, mistakes are bound to be forced.