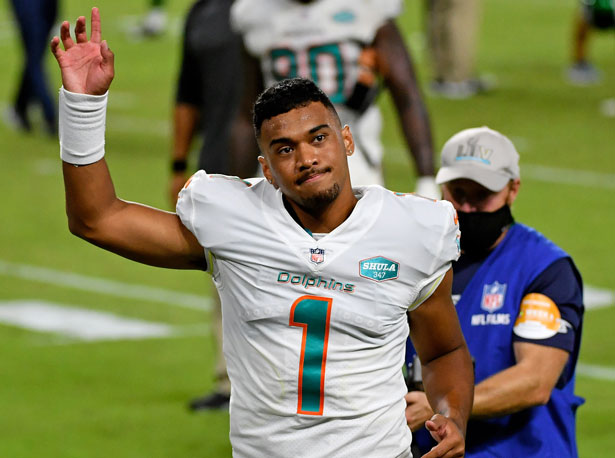 Don’t get cute and go all in on Tagovailoa, just because he will be making his first NFL start in Week 8. He’s likely going to see a heavy dose of Aaron Donald, as he attempts to score, facing an LA Rams defense that yielded only eight passing touchdowns in seven games.

I’m not much of a fan of starting Swift against the Colts. The Colts have given up the third-least rushing yards on the season and just 30 RB receiving yards on average per clash. Swift may hit some walls.

Montgomery’s Week 8 matchup playing the Saints is frightening. This defense last held Panthers’ RB Mike Davis (who had been on a roll) to a total of just 36 yards. With the Bears offense in disarray in general, look for other options beyond Monty.

This is broad, and unless you own a crystal ball, it’s hard to know which — if any — Steelers WRs might thrive in Week 8 against Baltimore. Chase Claypool duped everyone last week, while JuJu Smith-Schuster rebounded and Diontae Johnson scored twice.

In reality, the Ravens have only allowed three WR touchdowns all season while giving up the seventh-fewest WR fantasy points.

Allen is coming off of a scorching 125-yard performance that he might be hard-pressed to repeat in Denver. The Broncos defense has been stingy against WRs as of recent, by yielding just 189 yards and one touchdown over their last two games.

Beware of starting Andrews against the Steelers in Week 8. Opposing TEs are averaging just 36 yards per game while only one TE has managed to score all year. Then there is that pesky Nick Boyle who last vultured three TE catches and 33 yards away from Andrews, to add competition.