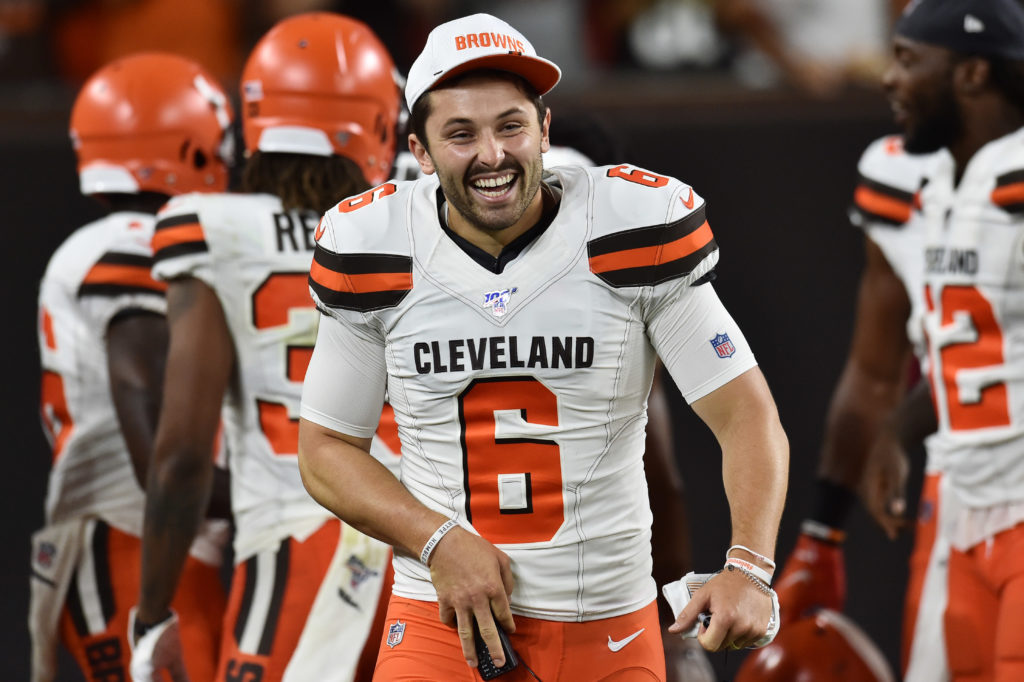 Debating as to which fantasy quarterback on your roster should be starting or sitting in Week 12? Check out some fantasy football quarterback sits for NFL Week 12.

Let’s face it. Mayfield is just not cutting it in fantasy football. Sadly, Week 12, will likely be no exception.

Cleveland is operating well as a run-first team, and Mayfield has yet to throw a passing touchdown since Week 7. And since that game, Mayfield has averaged a dismal 152.7 yards per game in passing.

Even with the lowly Jaguars on the schedule in Week 12, Mayfield is a sit. Instead, running backs Nick Chubb and Kareem Hunt should thrive against Jacksonville’s horrible run defense.

Try rolling with Kirk Cousins as a start in Week 12.

Lock has been a lock at starter as of late. However, in Week 12, Lock has a tough matchup ahead against the New Orleans Saints.

These are the same Saints that gave complete heck to Matt Ryan last week, and handed Tom Brady the business in Week 9. Who knows what might be in store for Lock next?

To date, New Orleans has ceded the seventh-fewest fantasy points to quarterbacks. Look for a safer option at starter rather than Lock for Week 12.

Even returning fresh from a bye, Mullens is a dicey quarterback to trust in Week 12. He has a divisional matchup against the Los Angeles Rams are surrendering the second-least quarterback fantasy points this season.

The Rams defense is also coming clean off a two-interception game against the aforementioned Brady.

Instead, get an affordable guy like Philip Rivers into your Week 12 lineup or into your DFS contests this week.

Flacco has been doing a respectable job covering for Darnold and has managed to throw for five touchdowns in his last two games. Bravo!

However, he (or Darnold if he starts) are fantasy sits in Week 12. The Jets are playing the Miami Dolphins whose defense can be a pesky one to contend with.

Also keep in mind that the Dolphins last held Flacco and Co. to zero points back in Week 6. Yuck.