Three NFL Teams That Should Trade for Ryan Fitzpatrick 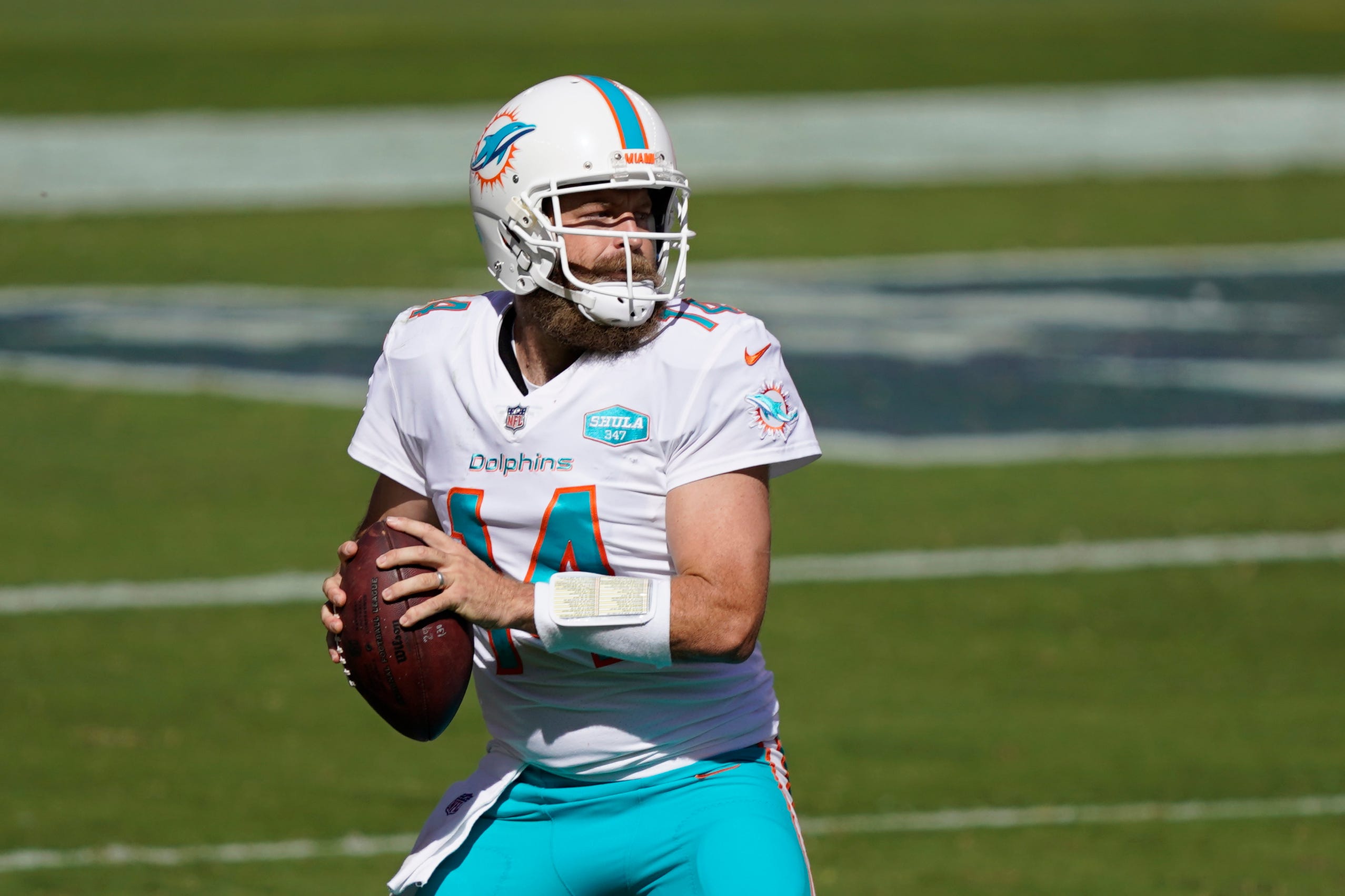 Now that the Miami Dolphins have promoted Tua Tagovailoa as their starter, these three teams should attempt to trade for Ryan Fitzpatrick.

Let’s face it. After watching one full (and losing) game with Andy Dalton under center, the Cowboys offense looks downright frightening moving forward. Why not attempt to snag a seasoned signal caller in that of Fitzpatrick? He’s been having a phenomenal run as a starter in Miami.

Hand over the Cowboys’ electric offensive to Fitzpatrick and Dallas would run like a well-oiled machine. We are talking about a quarterback who’s averaging a lofty 70.1% pass completion rate through six games.

Well if the Cowboys take a pass on Fitzpatrick, perhaps their divisional rival Giants should make a trade move for him. Clearly, Daniel Jones could be doing a much better job trying to quarterback his 1-5 Giants into winning more games.

With time running out and the NFC East still up for grabs, it makes sense to make a quarterback swap. We can bet that Fitzpatrick would take far more advantage of the receiving talent that Daniels has managed to complete only three scores with all season.

For what it’s worth, Fitzmagic is averaging 256 passing yards per game, compared to Jones’ 204. It’s time.

Another awesome trading spot for Fitzpatrick to land would be back with the winless, bungling Jets. Things really cannot get much worse. Fitzpatrick is familiar with this team after spending the 2015-16 seasons there quarterbacking 30 games.

During this stretch, Fitzpatrick threw for 43 touchdowns. Compare this to the 16 total 2020 passing touchdowns that the combo of Sam Darnold and Joe Flacco are on pace for and Fitzpatrick is suddenly looking very appealing.

It will be interesting to see if any struggling NFL team contacts Miami regarding making a trade for Fitzpatrick, prior to the November 3rd deadline.

Calories don't count when you are...

Right? Who's with me?