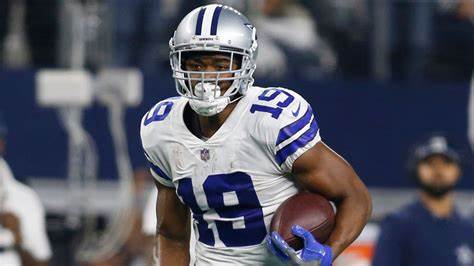 Based on matchups and potential for performance, here are some start and sit players for fantasy football Week 7.

Fingers crossed that Stafford finally gets his fantasy act together in a must-start matchup against the Atlanta Falcons. Simply stated, the Falcons have yielded THE MOST fantasy points to opposing QBs. There is no excuse for Stafford and Co. no to cash in.

Johnson’s been all over the place this season. But he has an excellent chance to produce RB1 fantasy points against the Green Bay Packers in Week 7. The Packers cannot defend the run to save their lives and are giving up 164.4 RB yards on average per game at a pace of 4.8 yards per carry.

This evolving RB tandem has a great fantasy opportunity in Week 7, hosting the Dallas Cowboys. The Cowboys are giving away the farm this year, to the tune of 157 total yards on average per tilt to opposing RBs. Both backs should take advantage.

It doesn’t matter who’s throwing the ball to Crowder this season, as he has been a target hog, averaging 11.5 per game. He should continue to keep the fantasy points rolling in against a Buffalo Bills defense that he shredded for 115 yards and one touchdown back in Week 1.

Brown has a great opportunity to reward in Week 7 facing the Pittsburgh Steelers. The Steelers have given up seven WR touchdowns in just five games as well as an average of 183 WR yards per clash.

Goff doesn’t have any business being in fantasy lineups in Week 7 playing against the Chicago Bears. The Bears have given up the least QB fantasy points on the season while pass rusher Khalil Mack has been an utter QB nightmare.

Those who started Harris last week hoping for a big game got a lot of nothing. This looks to be the case again with Harris facing the San Francisco 49ers. The Niners have allowed only 101 total yards on average per game and three season touchdowns to opposing RBs.

Robinson has been on the cool down and Week 7 is not the game to hope for him to rebound playing the Los Angeles Chargers. The Chargers are the only team that has yet to give up a single rushing touchdown. This comes along with RBs averaging a meager 74 rushing yards per clash.

Say what? I’m going there. Cooper will be up against a Washington defense surrendering the least WR fantasy points to date. While this defense has allowed only three WR touchdowns and as it covers Cooper, expect QB Andy Dalton to look elsewhere to throw the ball.

Sanders finally found his groove with Drew Brees in his last two games with Michael Thomas absent. Whether Thomas plays or not (ankle/hamstring injury), Sanders has a bad fantasy matchup against the Carolina Panthers, currently giving up the fourth-fewest WR fantasy points.