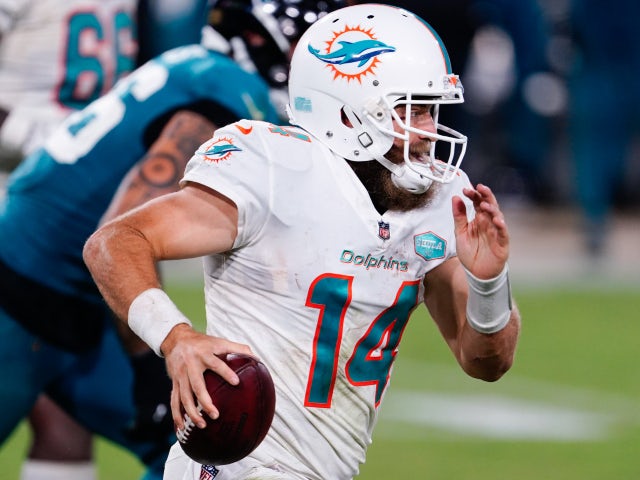 NFL Week 4 is already here! So, let’s take a look at some fantasy football players who should definitely be in your regular and DFS lineups for the next slate of games.

Get your Packers receivers in your fantasy and DFS lineups everywhere in Week 4 for their dream matchup against Atlanta. The Falcons don’t know who’s on first, second, or third these days.

Adams (if he plays), Lazard, and of course, Aaron Rodgers will cash in big against a fantasy defense that has given away 1,051 passing yards on average per game and nine touchdowns through the air over three weeks.

Roll out The Beard and plug and play Fitzmagic at home where he should have to throw a lot to keep up with Seattle. The Seahawks offense is plenty productive, but its defense is giving up yards and points galore. Opposing quarterbacks have averaged 430.7 passing yards per contest and have scored eight total touchdowns.

The Bengals defense could not stop an RB if he was wearing swim fins. So, Robinson makes an excellent Week 4 fantasy option. Robinson has been rushing the ball at 4.9 yards per carry and he has scored three times. Cincinnati has allowed five RB touchdowns thus far and a preposterous 545 rushing yards over three games.

Schultz, as a potential waiver wire gem, has a sweet Week 4 game at home against Cleveland. The Browns stink at defending TEs, having given up the third-most fantasy points to this position. This would include three touchdowns and 22 total TE receptions in three games.

Watson hasn’t exactly been playing up to his QB1 numbers that we expect each week. However, he has a chance to make things up to his fantasy owners when the Texans host the Vikings. Minnesota ranks third-worst against the pass and its defense has allowed its opponents an average of 34 points on offense per game.

Watson should thrive no matter who he is tossing the pigskin to in Week 4.

Those waiting for that electric performance from Drake might finally get their fantasy reward. Even on the road, Drake should relish in the fact that the Panthers have yielded the second-most RB fantasy points to date. This sadly explains the 189 freebie RB yards the Panthers are allowing on average each game.

On top of that, keep in mind that Josh Jacobs scored three times on the ground as the Raiders featured RB in Week 1. Drake should be fantasy rock star.

One thought on “Six Dream Fantasy Football Matchups for Week 4”