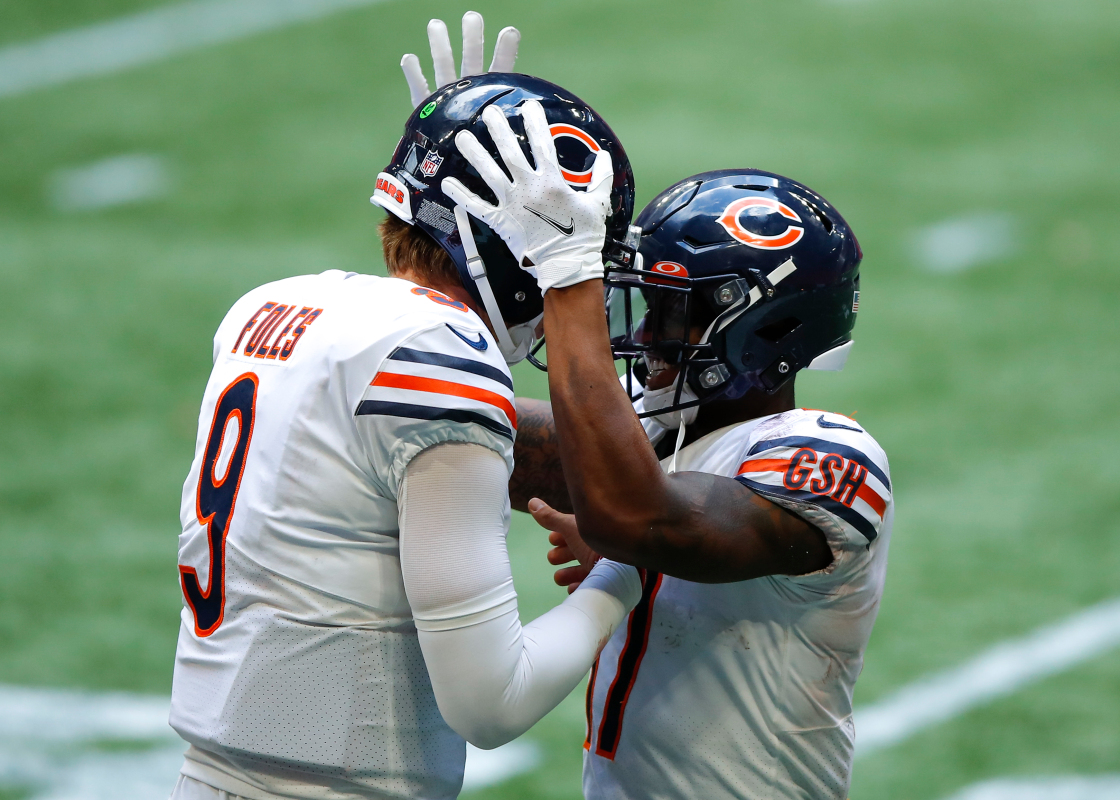 Once again, another week in fantasy football left owners with injured or ill-performing players, across the charts. If it’s time to clean house and refresh your rosters, check out some of the following players who can step up in Week 4 to lend a hand.

With the Chargers constantly fighting to keep competitive, Herbert has thrown for over 300 yards per game in Weeks 2 and 3. He scored more fantasy points this past week than Matt Ryan, Cam Newton, and Ryan Tannehill. Herbert’s voluminous passing yards will keep the fantasy points rolling in.

It’s Foles’ time! He’s worth a waiver ticket after coming to the rescue for Chicago mid-third quarter in Week 3. From there, he proceeded to pass for 188 yards and three touchdowns. If your starting QB is not cutting it, jump aboard the Foles’ train for Week 4.

At the time of kickoff between the Dolphins and Jacksonville Jaguars, Gaskin was still on some waiver wires. He’s entirely worth an add after playing in 75% of the Dolphins’ snaps in Week 3. Thus far, he’s tallied 243 total yards with plenty more to come.

If you’re a Chris Carson fantasy owner, picking up Hyde is not a bad plan. Carson is working through a minor knee sprain that could hamper his Week 4 outlook. Hyde looks to be the primary ball carrier, should Carson need a week of recovery.

Even if Devante Adams suits up in Week 4, Lazard is still a great waiver pickup. He handily caught 6-of-8 of his targets for 146 yards and a touchdown against New Orleans. Next up, Lazard faces Atlanta’s atrocious passing defense that is allowing 350 air yards per game.

If your WR roster is ailing, Jefferson could help out. He’s the receiver getting things done for Minnesota after coming from a 7/175/1 performance against Tennessee. On tap for the Vikings is a contest in Houston where QB Kirk Cousins should continue to air things out to stay in the game.

If Schultz is still around on waivers, grab him if you need improvement at TE. He’s been targeted 16 times in his last two games, resulting in 136 yards and one touchdown. Schultz will next face a Cleveland defense that has yielded the most TE fantasy points thus far.

Ebron is receiving a steady increase of targets and he last caught 5-of-7 for 52 yards and a touchdown. It’s slim pickings out there in the TE department and one could do worse than acquiring Ebron.