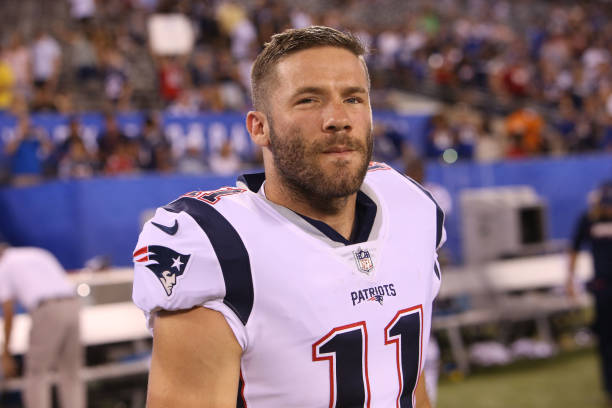 Week 4 in the NFL fantasy football world is here. With that said, I already covered some dream Week 4 matchups based on some players who should thrive this weekend.

Now, I’m throwing some players out there who have nightmare fantasy opponents on tap. The following five guys will be much better left on your bench in Week 4.

Let’s face it. In Week 4, Montgomery will face the defense that has given up the third-least RB fantasy points to date. The Bears host the Colts when likely a heavy passing game from Nick Foles will keep his team in play. Note also that Indianapolis has yielded just one RB touchdown in three games.

Edelman struggled last week against Las Vegas and has another bumpy road ahead in Kansas City. The Chiefs last held the Ravens top WR, Marquise Brown to two catches for 13 yards. So, it’s not surprising that Chiefs have allotted the least WR fantasy points on the season.

Wentz has a 3:6 touchdown-to-interception ratio and he’s been stinking up the joint. He’s hard to recommend as a start in prime time SNF at San Francisco this week. The 49ers are banged up, but they’ve managed to give up the seventh-least fantasy points to their opposing QBs this year.

In Week 4, Gesicki has a very un-fantasy-friendly clash. He’ll be up against Seattle that has yet to give up one TE touchdown. Furthermore, opposing TEs have averaged a mere 35 yards per game. I’m not feeling it for Gesicki this round.

Gore has been incredible in his 100th fantasy season. Just kidding. He’s an awesome veteran workhorse who has a weak matchup against Denver. The Broncos have allowed the sixth-fewest RB fantasy points to date. And, they last held Leonard Fournette and Ronald Jones to a skimpy total of 68 rushing yards in Week 3. Gore should be riding the bench for this game.