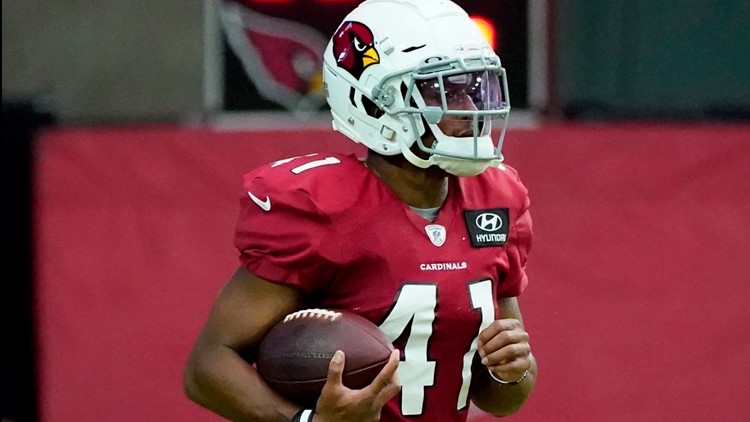 Week 1 is here! Here are some of my top picks to stream as starters or to play in DFS. On the flip side, I also give you guys who would be better off watching the game from the bench in Week 1.

The Panthers gave up the most fantasy points to opposing QBs in 2019. Carr’s arm is fresh and he has the NFL’s first rookie WR draft pick to throw to.

Ride Ingram while he’s still the hot hand in Baltimore against a Browns’ run defense that yielded a generous five yards per carry last season.

This is going to be a huge fantasy affair on both sides. The Bucs defense will be all about attempting to cover Michael Thomas. So, Sanders will be busy facing a defense that allowed a league-high 198 WR yards per game on average last fall.

There is no time like the present to test Hurst out than at home playing the Seahawks. Seattle gave up the second-most TE fantasy points in 2019. Matt Ryan loves targeting his TEs. Do the math.

The Colts are a fantastic streaming defense in Week 1. They face an error-prone Jaguars offense that is anything but a solid roll right out the door. Who knows how things will run without RB security blanket Leonard Fournette there to move the ball downfield.

Jones won’t be a sit all year, but I like him on my bench in the season opener against Pittsburgh. The Steelers defense gave up the fewest fantasy points to QBs in 2019, so Jones might have a tough go of it in prime time Monday Night Football.

The 49ers defense surrendered just seven RB rushing touchdowns in 2019, and the fourth-fewest fantasy points, to boot. It might be wise to look for other options for a matchup that might force Kyler Murray to throw to keep up.

I’m viewing this game as a low-scoring one. Plus, Parker faces the defense that ceded the least fantasy points to opposing WRs in 2019. There must be much safer options at WR this week.

Getting straight to the point, Buffalo’s defense is very stingy, and opposing TEs managed only 35 yards per game on average last year. Shelve Herndon and wait for a more favorable contest.

The Vikings defense can typically be efficient depending on its opponent. However, it’s not a defense that makes sense starting against the Packers. QB Aaron Rodgers will be playing fired-up to prove he belongs under center for years to come, starting with Week 1.