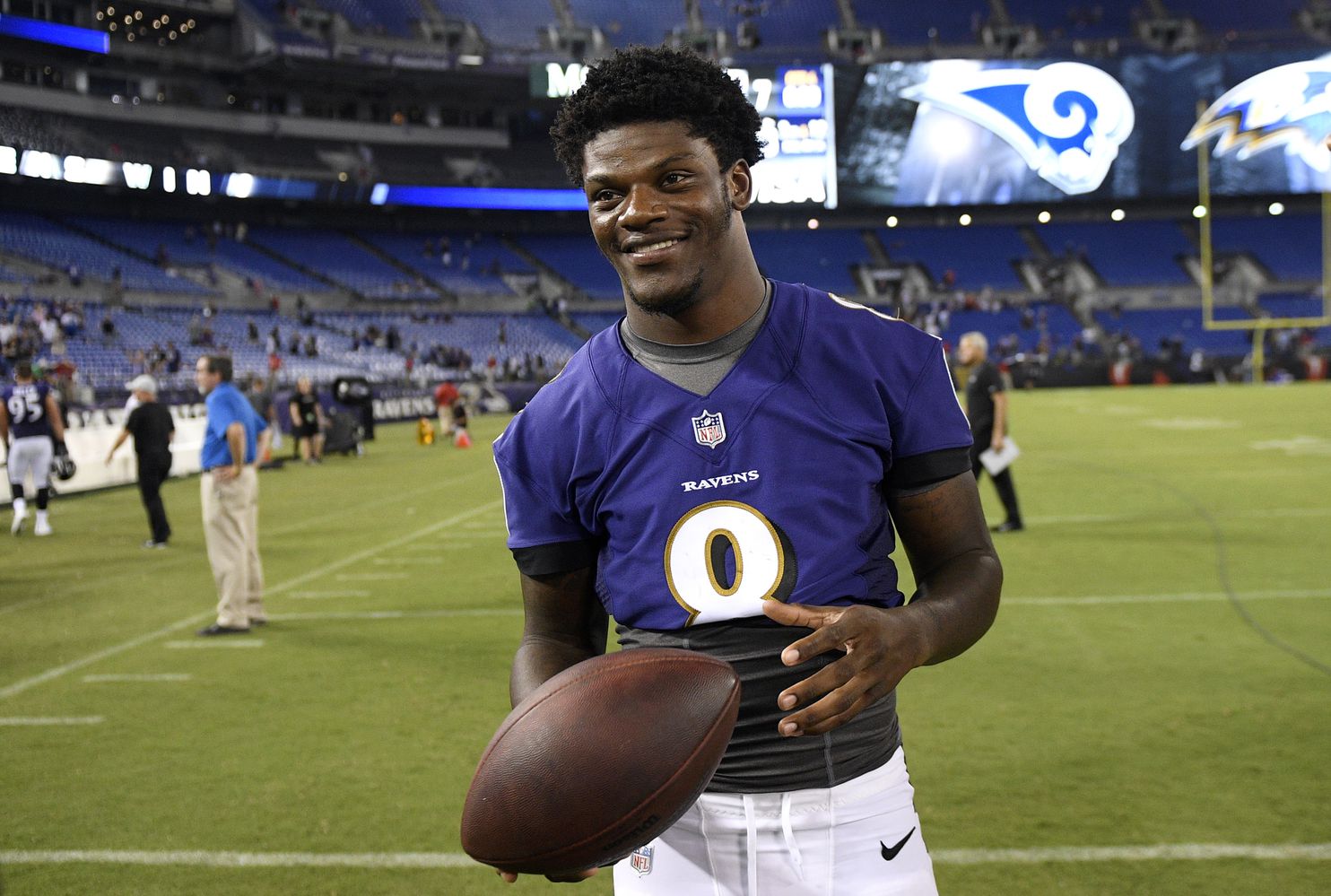 It’s almost game day, fantasy football drafts are in high gear, and we are so excited for the season to start!

Let’s make this quick. Here are my top-20 fantasy football quarterbacks to start the 2020 NFL season.

Mahomes is a no-brainer here since lots of folks are out there drafting our SB MVP first overall. The fantasy points should pour in, per the usual.

We love the magical plays we saw last year both on foot and in the air. Jackson will continue to be No. 2 in my rankings until further notice.

Volume and weapons! I love Prescott’s receiving trio. And him having Zeke Elliott to keep the offense balanced is the cherry on top.

Forget Mr. Unlimmmited. Wilson is Mr. Reliable in fantasy, consistently making plays on foot and involving his talented WRs. He has yet to miss a game in eight seasons.

Brees still very much has it. Having an elite offense will keep Brees piling up the fantasy points. Sit back an enjoy.

Murray’s speed is un-matchable. And, now he has DeAndre Hopkins to make him even more of a fantasy gem this year.

The Falcons have one of the best 1-2 punch WR duos, with Todd Gurley now joining the mix! What is not to like?

It may be arguable as to who the best fantasy player is on this team outside of Brady. But at the end of the day, Brady reaps the fantasy rewards from all of his guys making great plays.

Stafford gets a raw deal in rankings. He’s easily a top-10 with the Lions having to throw the ball downfield tons and tons to stay in the game.

It has been astounding to see Rodgers snubbed in drafting or taken as a backup. He’s one of the most accurate in the business. Davante Adams can vouch for this.

Watson takes a little tumble outside of my top-10 with the loss of Hopkins. I’m willing to move him on up though if he proves me wrong.

I’m a believer in Newton if he stays healthy. He looks amazing out there with his new team and is surrounded with plenty of tools to succeed.

Wentz’ health always concerns me as we approach the season. I’ll promote him if he can keep upright and keep things rolling with his two tight ends and WR cast.

I’m looking for Allen’s rushing plays to take a hit some with two promising RBs in place to carry the ball. The addition of Stefon Diggs should help Allen balance his numbers out in passing.

Jones looked promising in his rookie season. He’s great on his feet and has a sweet supporting offense to keep him fantasy-worthy.

The 49ers love to run the ball. But, when it comes to passing, Garoppolo can make some awesome plays. A guy named George Kittle further boosts Garoppolo’s appeal.

Cousins isn’t the most exciting choice of fantasy QB, but he’s a very safe option. I’m hopeful Cousins and Adam Thielen get their swagger back.

This guy had better prove the fantasy world wrong here soon. There should be no excuses for Mayfield not to serve as a reliable starter for your team more often than not in 2020.

Goff should keep his fantasy owners surviving solely based off of garbage time yards. If not, then something has gone very wrong.

But.. the one thing this guy has never been is an NFC Championship Game Winner!! Congrats!!