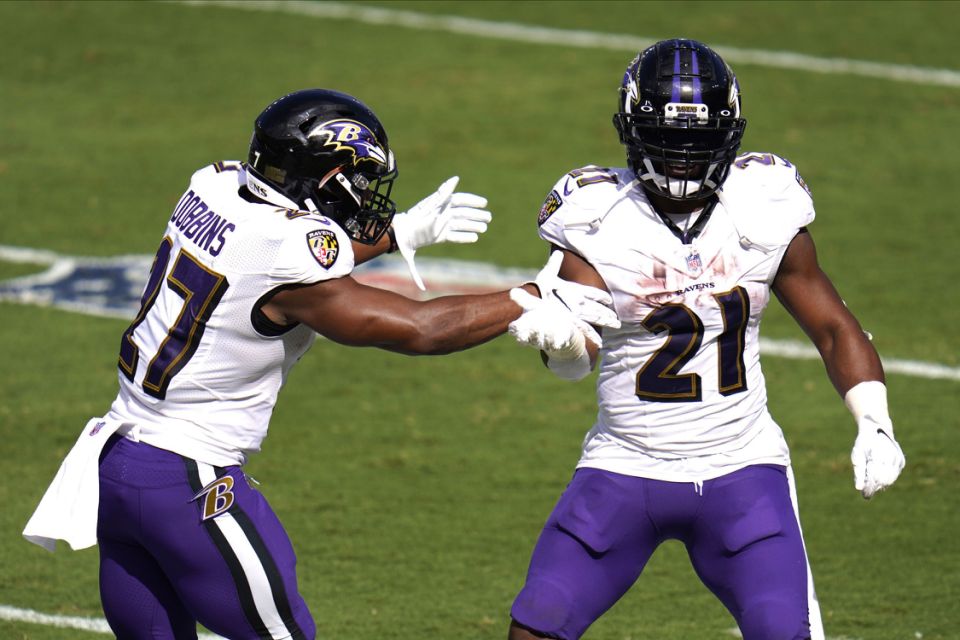 Which running backs should be sitting in your Week 14 lineups? Check out the following players (some big names) who could have the fantasy cards stacked against them this weekend.

What has Sanders done for your fantasy team as of late? Not a heck of a lot. That’s why Sanders is a fantasy sit in Week 14 against the New Orleans Saints.

The Saints defense has been brutal against opposing running backs, giving the least points to this position. With the Eagles offense a hot mess, and it rolling out its rookie quarterback Jalen Hurts out of sheer desperation, Sanders makes a risky start.

I can’t see the Saints falling behind enough at any point for the Eagles to afford Sanders the 15-plus carries he’ll need to thrive in fantasy lineups.

The Buffalo Bills will face the Pittsburgh Steelers in Week 14, when both Singletary and Moss could be poor starts.

To date, the Steelers have given up only 102 total running back yards per game and just seven rushing scores. It is possible that Singletary gets some tosses thrown his way for which he could rack up some yardage, beneficial in PPR formats.

However, both backs could see limited touches, especially against a Steelers unit looking to avenge last week’s upset loss.

Last week, the Ravens deployed four running backs at various points during a game against the Dallas Cowboys. On top of that, Lamar Jackson ran the ball 13 times.

It was a fantasy nightmare and one that if it continues, it could get scary against the Cleveland Browns this week. While the Ravens were clowning around, the Browns were doing quite the opposite in their last game. Their defense held stud running back Derrick Henry to a measly 60 rushing yards.

With playoffs on the line, trying to rely upon one lead back for Baltimore could be sketchy.

Remember, the Ravens don’t care about your fantasy team.

Those who picked up Gallman some weeks back, have been enjoying the sweet fantasy points he has put up over his past handful of games. Since Week 7, Gallman has scored six times and he last rushed for 135 yards against Seattle.

However, in Week 14, he has a tougher opponent in that of the Arizona Cardinals. Over their last four games, the Cards have held opposing running backs to an average of only 39.5 rushing yards per game.

Even worse, is Arizona only gave up one rushing touchdown in that stretch. Perhaps Gallman fares better, but be warned that he might not have one of his rock star performances.