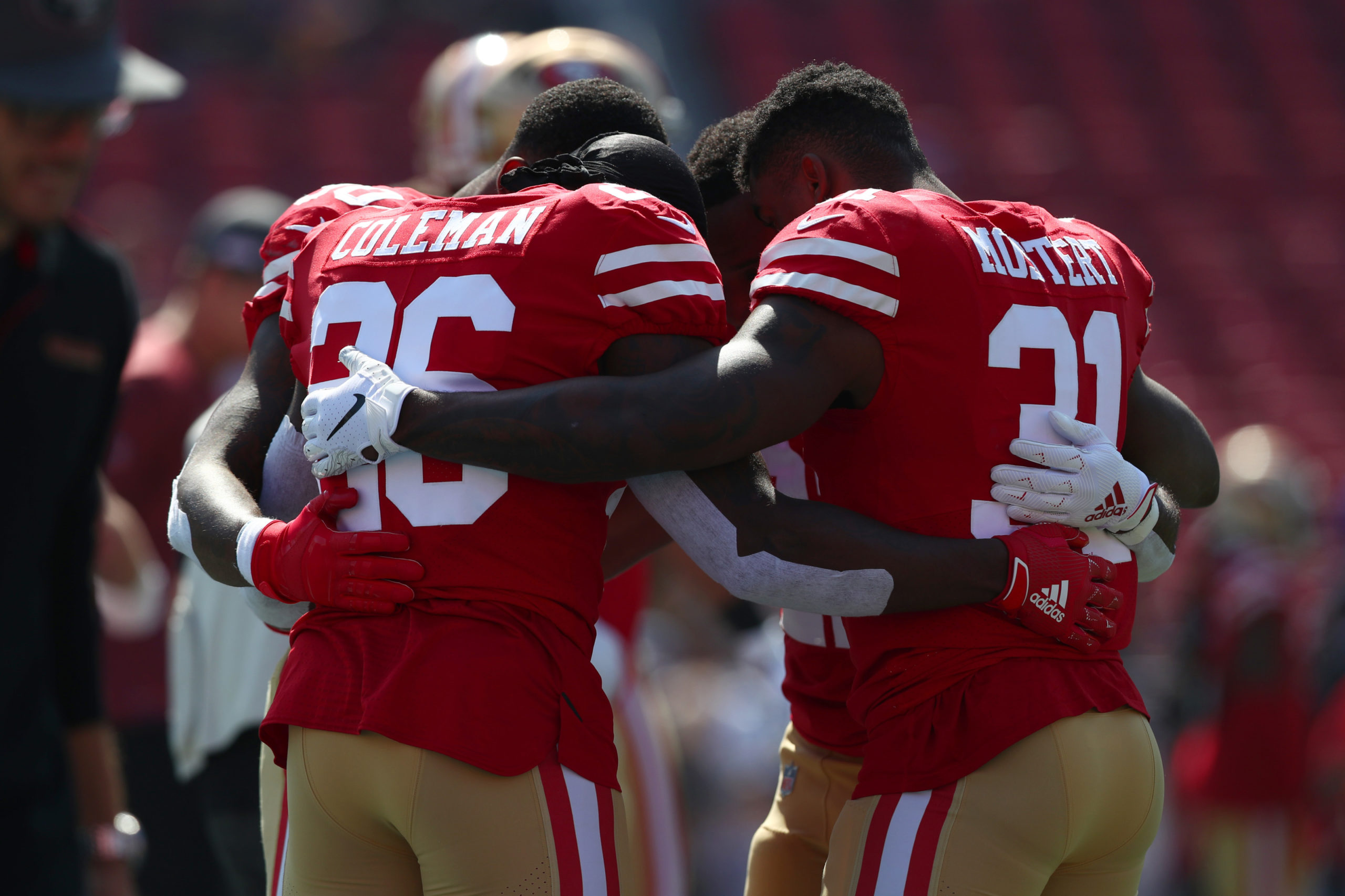 Need start and sit Week 12 fantasy advice at running back? Let’s take a look at some fantasy football running back situations that are best to avoid this weekend.

Robinson has not scored for two weeks in a row, and he last had the fewest carries he has seen since Week 6. With that said, he faces a tough Browns’ run defense with quarterback Mike Glennon under center in Week 12.

When it comes to Robinson trying to run the ball against Cleveland, take into consideration the Browns have given up an average of just 72 rushing yards on average over their last two games. And, no running back has scored against Cleveland since Week 7.

While may be difficult to completely sit Robinson, expectations should be tempered.

Lindsay is coming from a surprising 82-yard game when he and Melvin Gordon dominated the Miami Dolphins on the ground. While that worked out well for those who started Lindsay, he likely won’t be so fortunate in Week 12 against New Orleans.

The Saints defense doesn’t mess around and its offense is sure to pile up points. The Broncos likely will not have the luxury of running the ball the 31 times they were afforded in their last clash.

Look for Lindsay — and potentially Gordon — to struggle to put up fantasy points.

Harris has been a fantasy roller coaster all season. And, in Week 12, he could have one of those downhill games against the Cardinals.

The Cards have allowed only five rushing touchdowns in 10 games. Plus, this matchup also looks to one that will force Cam Newton to use that arm of his to keep competitive.

Instead, Patriots running back, James White is a nice sleeper pick for Week 12. He should catch his fair share of passes and there is unfortunately no more Rex Burkhead to steal the goal line receptions.

This is a group backfield to avoid at all costs in Week 12, with the Los Angeles Rams on the schedule.

Practically all season long, fantasy owners have needed a crystal ball on a weekly basis to know which running backs are healthy, who’s a scratch, and who will surprise carrying the ball for the 49ers.

With the Rams giving up the fourth-fewest fantasy points thus far to running backs, do yourself a favor and run from this situation.