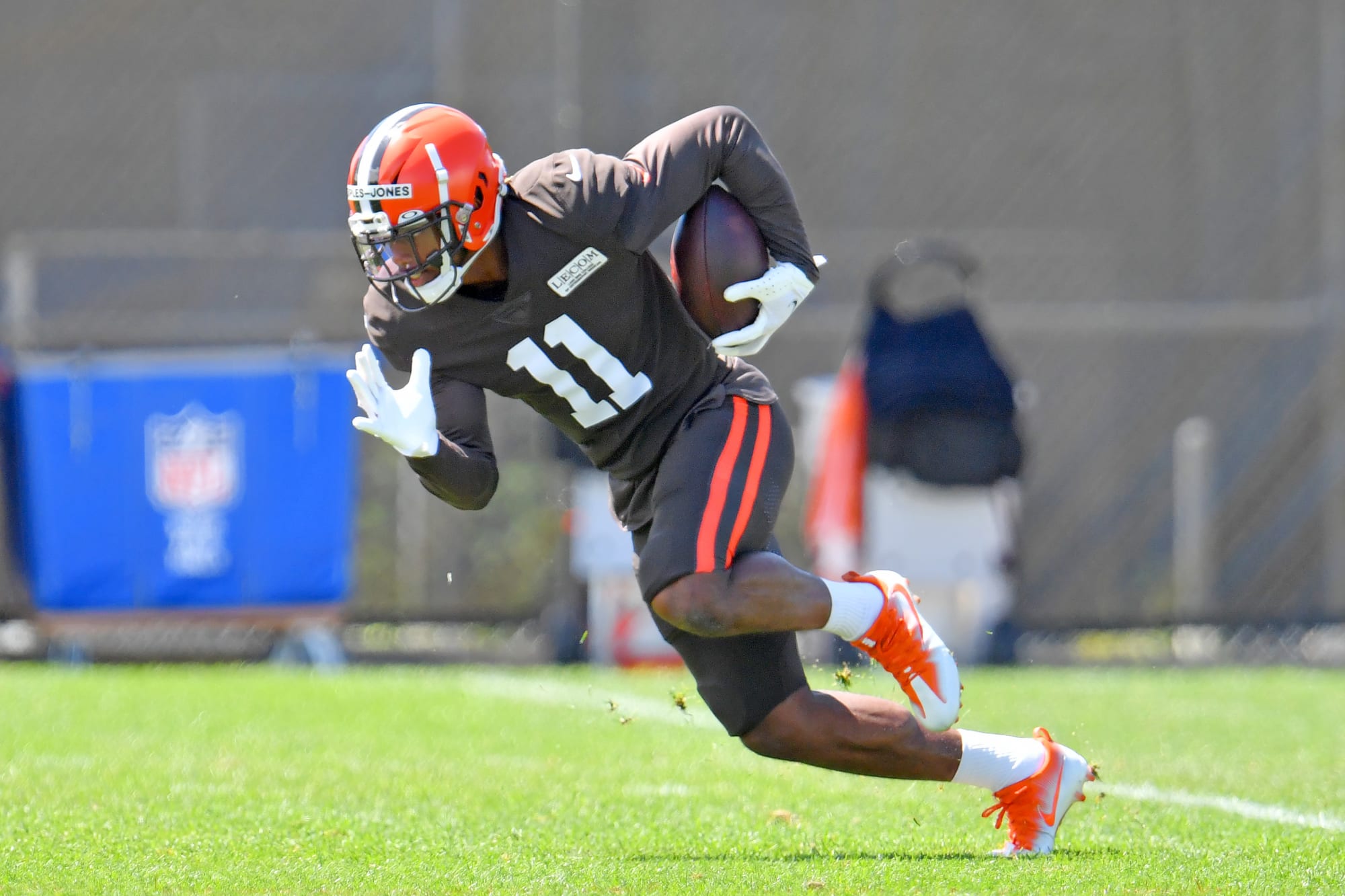 Between bye weeks and injuries, hitting the waiver wire is a must. Here are some wide receivers to target for Fantasy Football Week 8.

Put in a claim for Peoples-Jones who will see more action with Odell Beckham Jr. out for the season. This rookie caught a perfect 3-of-3 targets for a total of 56 yards and a touchdown.

In deeper formats, Guyton can lend a hand with his big-play capability. He’s been quite handy in his last three games, turning four total catches into 205 yards and two touchdowns. Wow!

If Agholor is hanging out on the waivers, scoop him up. He’s got decent flex-play appeal having scored in his last three games. During this stretch, he has averaged 73 yards per contest.

Ward last caught 5-of-6 targets for 42 yards and a touchdown in Week 7. He’s decent flex fill and will continue to be involved on an Eagles offense that is constantly battling injuries.

Hopefully, the Saints get both Michael Thomas and Emmanuel Sanders back in Week 8. However, Callaway makes a good roster stash. The young rookie has proved he can step up as proven by him last catching 8-of-10 targets for 75 yards as Drew Brees’ top WR in Week 7.

Read More: Eight Fantasy Football Players on the Rise for the 2nd Half of 2020