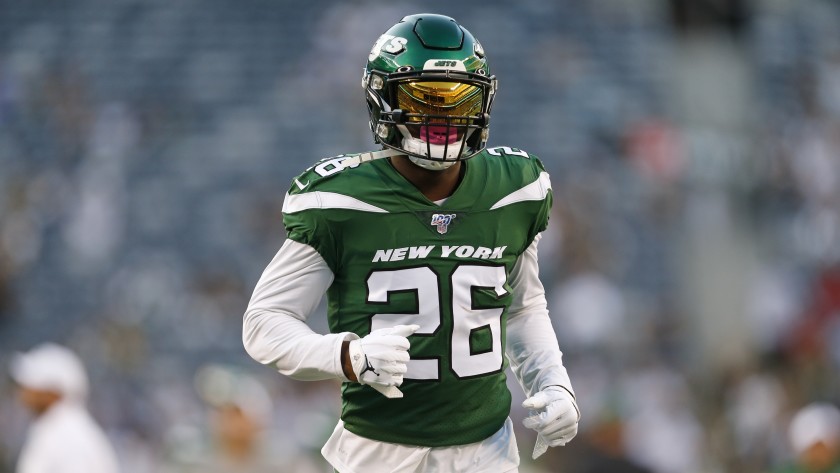 According to this report, the New York Jets have released with Pro-Bowl RB, Le’Veon Bell after unsuccessful attempts to trade him.

Good riddance. He and the Jets have been a nightmare matchup from Day 1. And, Bell has done little to help his fantasy football owners due to being severely under-utilzed.

Here are three ideal fantasy landing spots for Bell now that he is a free agent.

The Patriots are always on the lookout for experienced veterans they can who can add value to their organization. Currently, they use a myriad of players at running back and could benefit by signing an every-down RB such as Bell. This move would help take the pressure off of Cam Newton who would have at his disposal, a back capable of both running the ball and catching passes.

Hence, Bell would see an uptick in his overall touches in an offense coached by brilliance versus that of one coached by an imposter. Bell’s fantasy stock would surely see a boost.

The Bears benefit from incorporating a run-first offense. This is especially the case with their quarterback conundrum. They could easily make a play to sign a back of Bell’s caliber. David Montgomery has struggled, only to average 49 rushing yards per game and one score once on the ground.

Bell is capable as a rusher and also as a skilled receiver. He’d make for a sweet PPR fantasy all-in-one option on a team that lost the versatile Tarik Cohen earlier this year.

Let’s stick with the NFC North and a team that needs to bolster their lagging offense. An all-purpose back like Bell could be just the guy.

The trio of the aging Adrian Peterson (with hands of steel), the oft-injured Kerryon Johnson, and the rookie who’s barely seeing any action (D’Andre Swift), clearly are not cutting it.

Bell would easily be Matthew Stafford’s right-hand guy who can take hand-offs, dump passes, and receive slot work. If this becomes the case, Bell will be quite the desired fantasy commodity.

Let’s keep an eye out to see if Bell starts garnering any interest.