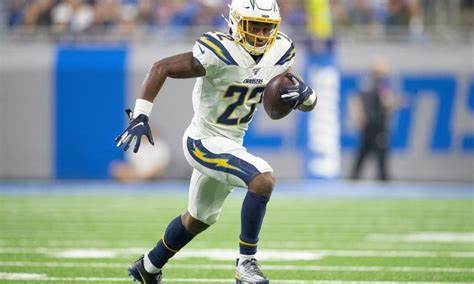 Here are some Week 6 Fantasy Football Waiver Wire Targets at each position, including the red-hot, Chase Claypool.

If for some reason Fitzmagic is still around, run and grab him. Over his past two games, he’s racked up 665 passing yards and three touchdowns. He’ll make an excellent replacement for an absent or currently under-performing QB.

If you just lost Dak Prescott, or if your current QB is stinking up the joint, give Dalton a look. He’s the starter from this point on for a dominant Cowboys offense filled with talented weapons.

Freeman is a handy Week 6 pick up who is finally finding his groove as a Giant. He last rushed for 60 yards and one touchdown, while turning two catches into 27 yards. His role should keep expanding moving forward.

The Vikings look to be without Dalvin Cook in Week 6. So, Mattison is a must-add due to this news. In filling in for Cook last week, Mattison ran the ball at 5.6 yards per carry for a total of 112 rushing yards. He’ll handily have you covered for Week 6.

It seems that Jackson will be the featured back with Austin Ekeler sidelined for weeks to come. He by far outperformed Joshua Kelley in Week 5 by turning 15 rushing attempts into 71 yards.

If you have room to spare, give Jackson a spot to save until he returns from his bye.

Claypool — by a mile — is the biggest waiver wire target in Week 6. If he is still available, do you best to snag him. He might not give you a four-touchdown performance his next game around, but he has proved that he will be plenty involved as a Steelers ball hog heading forward.

Ruggs may be floating around on waivers due to his earlier season absences. However, he is back now, and he had a spectacular Week 5 performance after racking up 118 yards and one touchdown off of just two catches. Ruggs is worth a stash until the Raiders return in Week 7.

Fells last caught both of his targets for a total of 57 yards and one touchdown. He’s a deep dive pick, but could be serviceable next playing the Tennessee Titans that currently have yielded the seventh-most TE fantasy points.

For those streaming TEs, Engram is worth a look in Week 6. He’ll face the Philadelphia Eagles, giving up the fourth-most fantasy points to TEs.