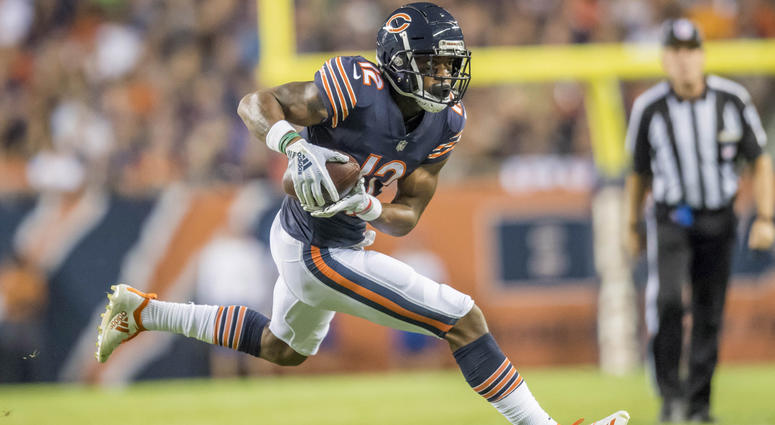 If you have any of the following three players, look for them to dominate their opponents, and deliver fantasy royalty. They are all worth splurging on in DFS lineups as well in Week 3.

Aaron Jones Will Carry His Team in New Orleans

Jones will have an overload of carries and targets with Devante Adams looking very doubtful to suit up for Sunday’s tilt in New Orleans. While the Saints defense has given up a middling 122 rushing yards on average per game, it has not yet faced a back with the explosiveness of Jones.

Jones has been running the ball at a ridiculous pace of 6.9 yards per carry. He also sports a league-high 117 rushing yards on average per contest and has scored four times in two weeks.

He could easily be the No. 1 running back of Week 3 due to sheer volume and being Aaron Rodgers’ right-hand man.

Allen Robinson Should Feast on the Falcons

Robinson has a dream matchup on the schedule and should deliver his best performance of the season so far. He should completely exploit the Falcons, whose defense couldn’t stop a snail. Atlanta has yielded the fifth-most WR fantasy points in two weeks.

QB Mitch Trubisky has five passing touchdowns so far and Robinson is due his first score. If all goes well, Robinson should top 100 yards as well in Week 3.

Kelce is always a lock to start. However, this 6-foot-5 TE is poised for a monster performance in Monday Night Football in Baltimore. The Ravens defense can be a force, but it has lacked the ability to contain opposing tight ends this year.

As such, Baltimore has allowed through two games, 15 TE receptions resulting in 74 yards per contest and two touchdowns on the season. This bodes well for Kelce who has scored once each game and who has been targeted 20 times since the 2020 season kicked off.