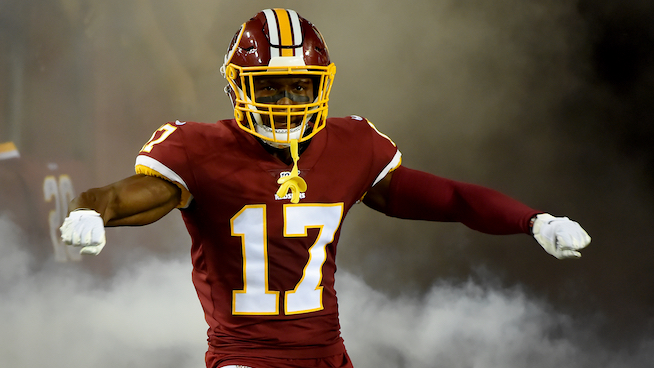 Prescott’s $7,200 price tag is the largest one here. However, he is $600 less than Lamar Jackson and primed to be the highest scoring QB in Week 3. He’s going to clean up against the Seahawks that have given away 446.5 passing yards per game on average this season.

For those who want to spend cheaper at QB, Burrow is your guy. The Bengals will be on the road and fighting for their first win. Burrow will be chucking the ball a ton against a defense that has yet to manage one interception.

Gordon has a sweet matchup against the Bucs that have allowed the fifth-most RB fantasy points. Look for him to be heavily involved now that Denver has lost its No. 1 WR.

Carolina’s defense is horrible against the run. It’s given up 186 total yards on average per game to opposing RBs and six touchdowns. Kelley is an excellent DFS Week 3 bargain play even with Austin Ekeler sharing touches.

McLaurin has a very favorable opponent against a Browns defense that has yielded 190.5 WR yards per game on average. This young WR is hot and coming fresh off of a (10/7/125/1) game in Week 2.

Speaking of hot, Anderson has been scorching his opponents. He’ll be sure to keep racking up the points as a Panthers’ team minus Christian McCaffrey tries to get its first victory.

Coming off of a three-score game, Higbee should feast against Buffalo that has allowed 171 yards (third-most) to its opposing TEs over two games.

If your budget is tight, Hurst who had a (8/5/72/1) game last week, makes a great play in Week 3. With Julio Jones hobbled and the Falcons looking to improve on their 0-2 record, Hurst will be busy.

For what it’s worth, I played a DraftKings lineup using everyone above except Dak Prescott. I had enough money leftover to insert CeeDee Lamb in as my WR3, Travis Kelce in at Flex and played the Cardinals Defense.