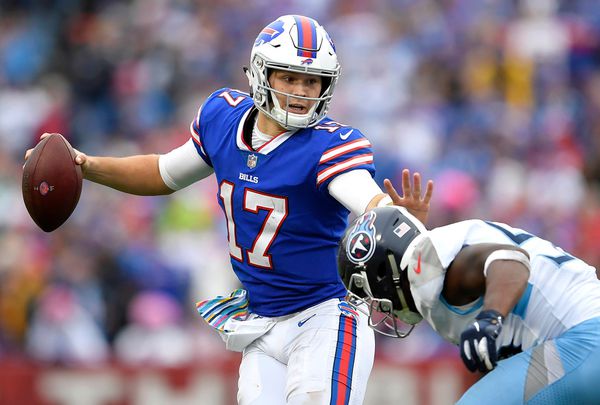 NFL kickoff is less than one month away and fantasy football drafting is in full overdrive.

So why not cover players at each position who I think will either breakout, backslide, or wake up from sleeping in 2020. Here we go!

We saw a five-game sampling of Lock in his rookie 2019 season when he completed an impressive 64.1 percent of his passes.

Heading towards 2020, Lock is armed with an excellent corps of receivers, and talented backfield to prime him for success. Currently, at his affordable ADP of 14.04, Lock is a steal! He could definitely evolve into a start-worthy, breakout QB for those who take a late flier on him.

Allen finished sixth in fantasy points in 2019 and isn’t necessarily a lock to repeat this in 2020.

Helping pad his fantasy stats from last year were Allen’s 510 rushing yards and nine rushing touchdowns. It is hard to envision this happening to this degree with RB Devin Singletary and rookie Zack Moss pounding the field on a Bills’ run-first offense.

Setting aside Allen’s rushing success from 2019, it’s worth noting he recorded a 20:9 touchdown to interception ratio and a 58.8 pass completion rate.

Moving forward, having an upgrade at WR in Stefon Diggs hopefully helps Allen improve as a passer. But for now, I’m personally leery to trust him as my QB1 for 2020.

While most discussions about QBs in the NFC South focus on Tom Brady, Drew Brees and Matt Ryan, we need to shift focus to Bridgewater.

Bridgewater will be motivated to impress and has everything to prove as a franchise starter in his ultra-competitive division.

In my opinion, Bridgewater comes equipped with plenty of key components to succeed, which include, WRs D.J. Moore, Robby Anderson, Curtis Samuel, and of course stud RB Christian McCaffrey.

Harris has been getting plenty of work in training camp with Sony Michel sidelined with yet another injury. If Harris continues to shine, this second-year back is my breakout pick for 2020.

We simply can’t trust Michel to stay healthy and the newly signed Lamar Miller is not getting any younger. James White will factor into the Patriots passing game, but Harris could be the guy getting the majority of the carries sooner rather than later.

Okay, Ekeler will not a total bust. But, he will take some steps back this fall. First of all, Ekeler won’t have Philip Rivers launching all of those short passes that made him fantasy gold in 2019.

The Chargers offense is going to be a work in progress and while Ekeler will be the featured back, Justin Jackson and Joshua Kelley will bite into his workload.

With Leonard Fournette as the RB1 in Jacksonville, nobody is racing to their drafts to snatch up Thompson.

However, since the Jags typically play from behind, look for QB Gardner Minshew to target Thompson in the backfield when rushing plays are not an option. In PPR formats, Thompson is worth rostering as a deep stash and as a handcuff to Fournette.

Heck, Thompson might even become worthy of a flex spot if he and Minshew find success together.

Give me Renfrow in the slot for $500 please. Renfrow is an excellent breakout candidate at his dirt-cheap ADP of 14.09. He quietly caught 69 percent of his targets while playing just 43 percent of the Raiders’ snaps last year. Of 49 catches, he scored four times.

To me, Renfrow was just getting started last year. I see plenty of breakout potential as his chemistry with QB Derek Carr keeps developing.

Hilton’s ADP is elevated due to Philip Rivers arriving to Indianapolis. However, there are several WRs whose ADP is lower than Hilton’s who I would draft first.

Hilton’s injury-riddled past two seasons present a huge red flag. He is on the wrong side of 30 and the 50 yards he averaged per game in 2019 marked for an eye-opening career-low.

Personally, I think Parris Campbell playing in the slot is the Colts WR to own — drafted in very late rounds, of course.

Cobb is off many folks’ radar in leagues with shallow benches. But, if you have the room, stash Cobb low and thank me later.

The Texans have Brandin Cooks and Will Fuller positioned as outside receivers. Both — especially Fuller — have a hard time staying 100 percent healthy.

Cobb has been consistently reliable (69.3% career-catch rate) in the slot where he will play in Houston.

With DeAndre Hopkins no longer around, Deshaun Watson might just favor throwing to a seasoned veteran, in that of Cobb.