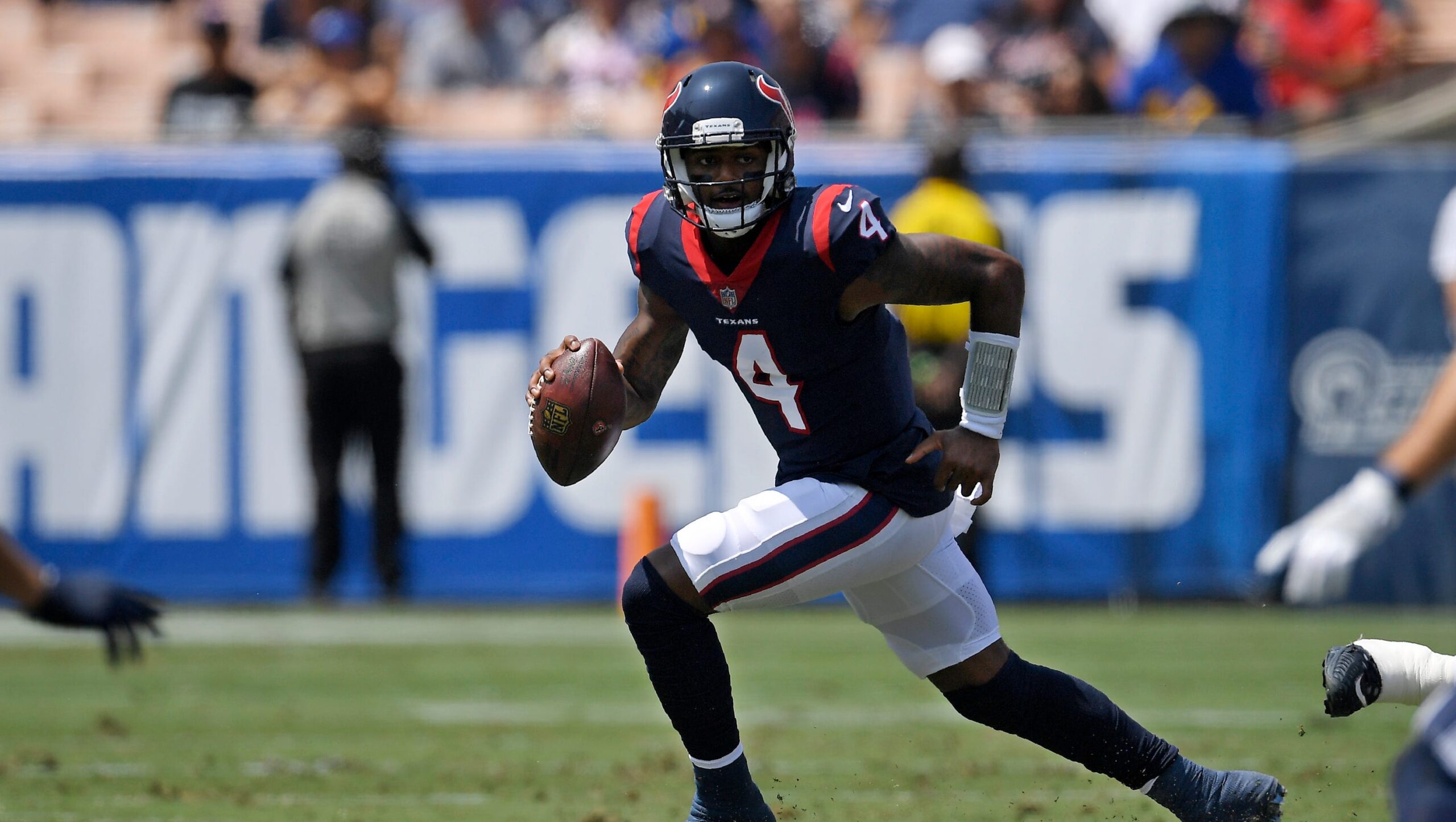 If the following NFL players fall to you in fantasy drafting for 2020, think twice about choosing or at least reaching for them. It’s like dating. Due to various baggage, I’m planning on passing on these popular players.

No matter how much Rodgers needs more receiving options beyond Davante Adams, his pleas for help fall on deaf ears. The team seems inclined to run the ball more moving forward. While I love that Rodgers rarely turns over the ball, his touchdown production is on the decline. He threw for just 26 touchdowns in 2019 and his passing yards decreased by 440 from 2018. It’s time to move on.

Since signing with the Jets in 2019, Bell is no longer the guy you reach for on draft day. He compiled a measly four total touchdowns last season and averaged just 53.6 rushing yards per game. Considering the strained relationship between head coach Adam Gase and Bell, we cannot rely on any consistent fantasy production on a weekly basis. Throwing Frank Gore into the mix to steal the goal line touchdowns, makes Bell even a harder pass.

I came up with this analogy when I chimed into a tweet regarding Bell’s outlook in 2020.

Poor Edelman is entering his twelfth season as a Patriot and he no longer has Tom Brady for his security blanket. Edelman averaged a ridiculous 9.6 targets from Brady per game last season. We cannot assume the same will happen with the young Jarrett Stidham under center. We can revisit Edelman’s outlook if for some reason he too lands in Tampa Bay. Yeah, good luck with that.

What were the Texans thinking trading Watson’s No. 1 guy, DeAndre Hopkins? This could majorly impact Watson’s fantasy value. Sure, there is Brandin Cooks now in Houston to pick up some slack, but he is no Hopkins. Watson finished fourth overall in fantasy points last year, and I do not see him coming even close in 2020.

Cooper has more fantasy company this year. The Cowboys drafted CeeDee Lamb as another weapon for Dak Prescott. Lamb comes from a fantastic 2019 season at Oklahoma, bringing 1,327 yards and 14 touchdowns to Dallas. Look for both Lamb and Michael Gallop to vulture targets from Cooper. Cooper will be the guy drawing double coverage and he should be challenged to repeat or surpass the 1,189 yards and eight touchdowns managed in 2019.

Goff’s fantasy stock dropped significantly in 2019 and it could remain on the fall. With so many talented weapons on the field last year, Goff struggled to put up a mere 22 touchdowns. His 16 interceptions stunk too. Now he will begin this season minus Brandin Cooks and Todd Gurley. Does any of this baggage sound good to you?

We touched on Rodgers’ fantasy decline and the same goes for Jones. Jones is not likely to repeat the 19 total touchdowns he scored in 2019. Plus, the Packers made heads scratch when they added rookie running back AJ Dillon to the mix. Remember, Jamaal Williams is still around too. This all screams running back by committee for Green Bay in 2020.

Allen carries a big question mark no longer catching from Philip Rivers. Now his fantasy fate is left in the hands of either or both, Tyrod Taylor and rookie Justin Herbert. Because of what is likely going to be inconsistency at quarterback, Allen’s numbers stand to drop.

Garoppolo plays for a team whose defense is very efficient at limiting opposing offenses’ time on the field. Therefore, the 49ers have the luxury of running the ball more often than not. As such, Garoppolo doesn’t always need to chuck the football 30-plus times per game to keep competitive. I can date him as a backup, but not marry him as a starter.

Fournette is one of those fantasy guys for which I always swipe left. He has yet to play an entire 16-game slate either due to injuries or behavioral issues. Even more worrisome is Fournette has scored only eight combined times in his last two seasons. With the Jags typically airing out the ball to keep up, Fournette lacks relationship appeal.

If you are still grinding for that #SFB12 invite let’s create a thread to follow each other and build our brand. Let’s ride together!