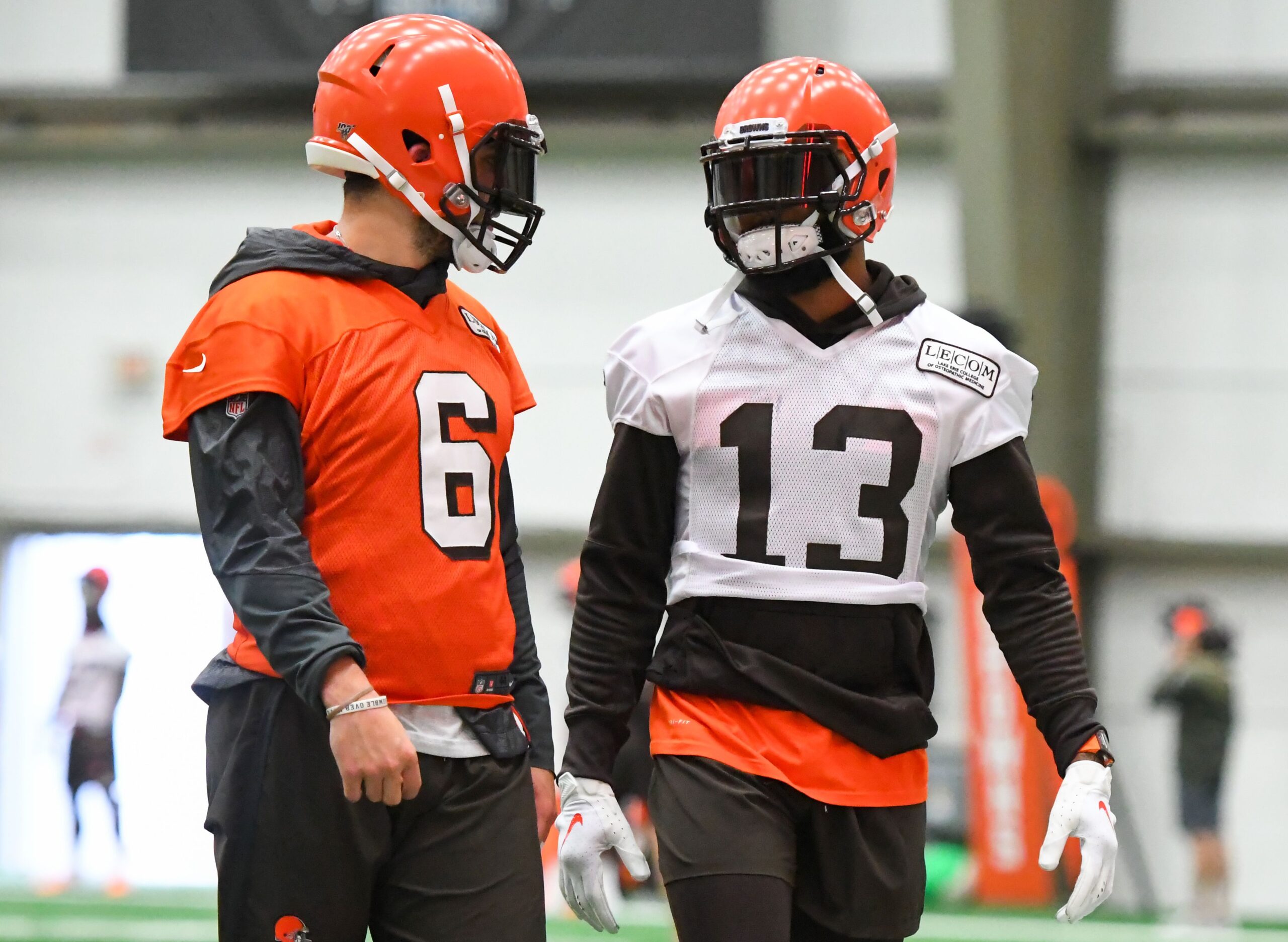 Whether you have already drafted your fantasy team, or are saving this fun for later, do not sleep on the following underdog quarterback/wide receiver duos in 2021.

Don’t snooze on Mayfield coming off of his most successful season yet as a fantasy QB. He threw only eight interceptions last year and his touchdowns of 26 should increase with Odell Beckham Jr. back on the scene.

OBJ is at a make-it-or-break-it point of his career where he hopefully plays healthy and proves his worth to Cleveland. Since with the Browns, OBJ has scored only seven times in 23 games. He is due for a breakout season and is a guy currently tanking in fantasy drafts. Those who take him low should reap the rewards.

Carr is like the vegetables on the buffet line — completely overlooked in fantasy drafting. However, this is a QB who has thrown for at least 4,000 yards in his last three seasons. He also completed a career-high 27 touchdowns in 2020. Playing in a stadium filled with fans this year should only put more spark into his play. With that said, he’s a QB you can nab late while you stack your roster.

Speaking of stacking, Ruggs needs to make an impact this year. He’s a big yards per catch guy who averaged 17.4 per as a rookie. But because he played in only 13 games where he recorded 452 yards and two touchdowns, he will plummet come draft day. He’s a dark horse who might surprise with Nelson Agholor departed.

Some are skeptical of Wentz (no shocker there) and some are big on him in Indy. He should be turning a new leaf and he’s a fantasy QB who can land in your lap if you play your cards right.

He’s got a completely new and better offense to work with and I predict Pittman and Wentz are going to be quite the fantasy duo moving forward.

Never mind T.Y. Hilton who is on the plus side of 30 and injury-prone. Pittman is a tall 6-foot-3 red zone threat Wentz should target plenty in 2021.

These two have been looking quite sharp in spring practices.

Darnold’s fantasy outlook, in my opinion, is as sunny as ever now that he has left the big apple. He’s got a top-notch offense at his disposal and I think D.J. Moore thrives more consistently as a result.

Moore tends to deliver in regards to yards, but it’s the touchdowns (10) in three seasons that are scary. Darnold has a cannon of an arm and there is no reason he and Moore should struggle to combine for fantasy points.

Yes Jimmy G. We are going to go with the story that the 49ers stick with Jimmy as their starter. He will be a guy playing with a chip and if he performs well, the 49ers won’t be so quick to make any changes. For those who have deep rosters, Jimmy is worth a late stash in redraft as a QB who you could get by with at a low price.

Of his receivers, I like Aiyuk to break out big time. He showed tons of upside as a rookie who posted 748 yards and five touchdowns playing under rotating quarterbacks. The 49ers were not messing around when they drafted Aiyuk 25th overall in 2020 after he tallied 1,192 yards (No. 2 in the Pac-12) and 8 touchdowns at Arizona State.

Anything happening? It’s been a good Friday so far. Now early Saturday 😘