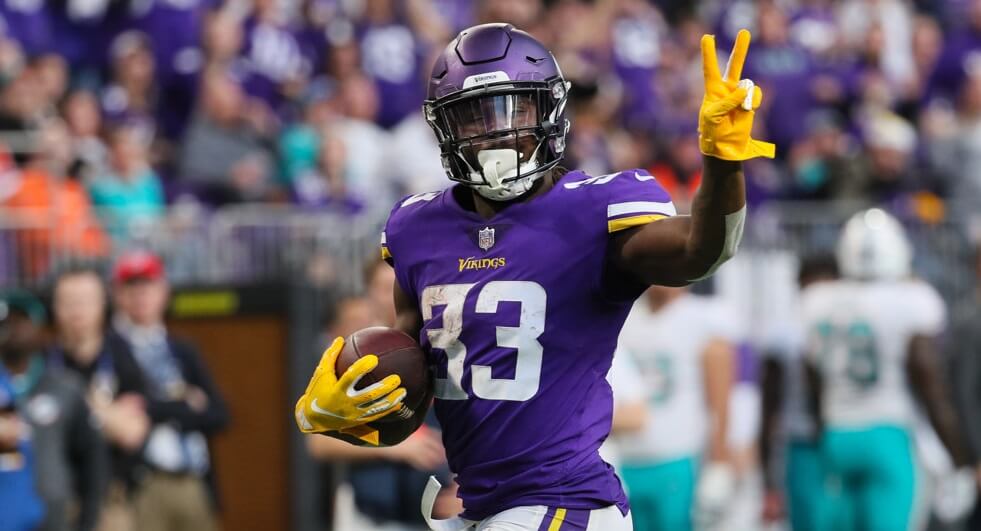 NFL free agency is in full swing, the draft is complete, so let’s take an early peek at who is making the top-20 fantasy running back cut. (PPR)

A major dual threat, Kamara found the end zone 21 times in 15 games. This accompanied 112.5 total average yards compiled per game. With Drew Brees retired, whoever is quarterbacking for the Saints in 2021 should depend upon Kamara more than ever.

I’d love to bump Elliott up as next season approaches. However, he’s here at No. 9 for now after producing a career-low 979 rushing yards in 2020. His eight touchdowns last season also mark an all-time low. Will he turn a new leaf moving forward?

Fantasy owners of Akers finally got to see their rookie come to life towards the end of 2020. We can only hope that the Rams quit fooling around and run him as their bell-cow back come September.

It’s frustrating to own any Lions RB in fantasy football. So, temper expectations and hope Swift builds on his middling 878 total yards he squeaked out in 2020. His saving grace was the 10 touchdowns he managed.

In his debut as a Bronco, Gordon produced a total of 76.3 yards per game and scored 10 times. While that is impressive, he is now joined by rookie Jevonte Williams who the Broncos traded up for in the draft.

A glaring example of a guy drafted too quickly in 2020, CEH failed to live up to the hype. Aside from dealing with an injury late season, Edwards-Helaire finished his rookie campaign with 1,100 total yards and just five scores. We can only hope he and the Chiefs mesh better this season.

Harris was the first RB selected in the 2021 draft and will be a big aid on offense for the declining Big Ben. Look for him to be start-worthy right out of the gate as a back, who in his last two years at Alabama, tallied 3,419 yards and 50 touchdowns.

Gaskin hits the top-20 list since the Dolphins declined to draft any big-name RBs as competition. He should remain top-dog on a flourishing Dolphins offense when hopefully, Gaskin stays healthy all season.

Look for these rankings to be updated periodically as running back situations may change or become more muddied as practices and training camps play out.

Debated for a while, but I took Chuba Hubbard at 2.12 in a rookie draft. Was my first pick in this draft. Not sure I'm happy with it though