Predicting the Top Fantasy Football Running Back (PPR) for 2021 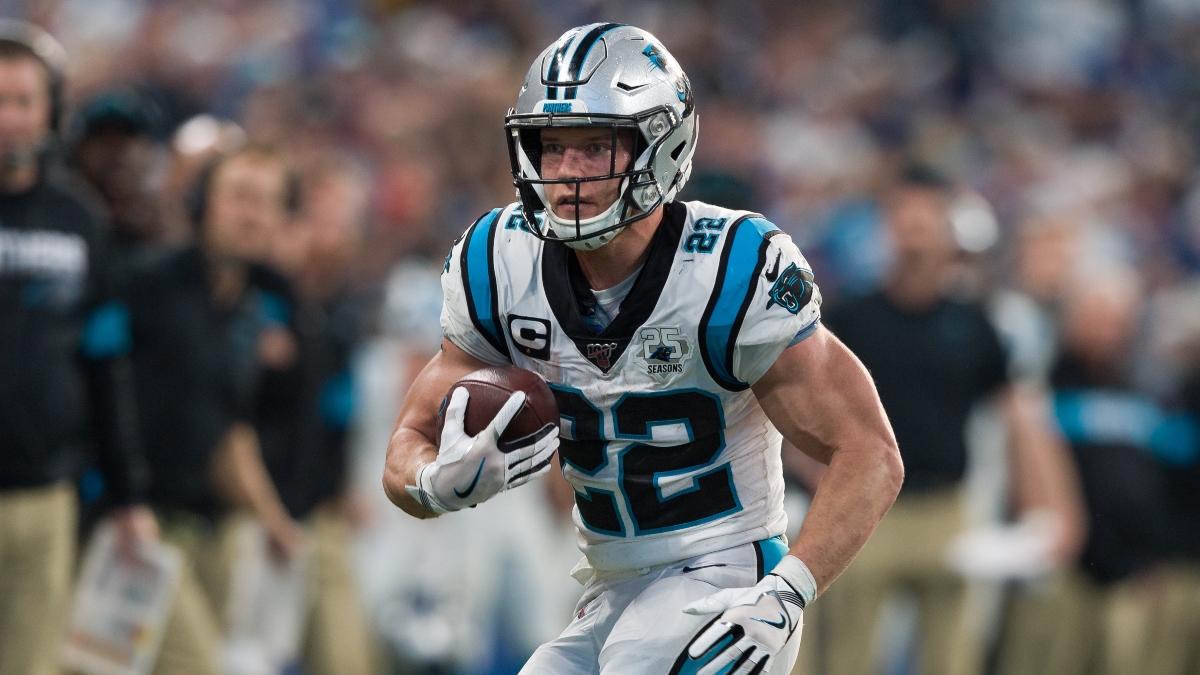 What running back is going to score the most fantasy points in 2021 (PPR format)? Is it going to a no-brainer stud, or maybe a slightly darker horse RB? I asked Twitter for some predictions, and with 75 responses (a small cross-sampling), here are the results.

Many are keeping the faith that CMC resumes his No. 1 spot that he earned in 2019. That was when he posted a whopping 2,392 total yards and 19 touchdowns. Sam Darnold enters the scene when CMC should be ready to roll.

Barkley is another popular No. 1 overall draft pick from last year who short-changed his owners with a season-ending injury in Week 2. He should be playing at 100% and the fantasy points should come pouring in as the Giants focus on moving the ball with their bell cow.

This is a bit of a stunner. But Ekeler is a PPR machine. Playing a full season (knock on wood) with Justin Herbert and a dominant Chargers offense, Ekeler could fulfill this task, right?

Seems like folks are ready to sweep Zeke’s offseason in 2020 aside and go all-in on him this year. With Dak Prescott back in the mix, it’s up to Elliott to prove he can deliver and improve on his lowly eight total scores he produced last season.

This guy is my top pick for 2021 (see tweet at the end). Akers really picked up his pace later last season and I think he’ll continue to thrive with Matthew Stafford under center. Akers might just become Todd Gurley 2.0 from his 2017-18 Rams’ rock star seasons.

Gibson is another fabulous under-the-radar pick to finish No. 1. Why not? He averaged 4.7 yards per carry as a rookie and scored 11 rushing TDs in 14 games. Give him some consistency with hopefully Ryan Fitzpatrick under center, and watch out.

Hmmm… I think people feel the wheels are eventually going to fall off of Henry, so they approach each draft season with hesitancy. He has built up quite the mileage in his last two seasons recording a total of 3,880 yards and 35 touchdowns. Whooo! Let’s see what happens in 2021.

Chubb is another one of my favorite RBs after he made an awesome recovery from an ankle injury he sustained mid-season in 2020. In 12 games, Chubb averaged slightly over 100 total yards and rushed for 12 TDs. He’s a keeper in my book.

It was awesome to see Jones re-sign with his home team, which should keep him playing at a top-level. Should he finish 2021 as the top RB, he will have been quite the steal as a guy who likely won’t be selected until the second round of fantasy drafting.

Where is the love for Kamara? It’s likely tied to Drew Brees who retired the last time I checked. The Saints may lean on Kamara more than ever though, playing in panic or behind mode with Jameis Winston or Taysom Hill under center.

This blows me away. I actually have Cook ranked as my No. 1 dynasty RB moving into the upcoming season. He’s coming from his best season yet after tallying 1,918 scrimmage yards and 17 touchdowns in 2020. He could easily be our RB1 this year.

JT was incredible as a rookie once the Colts finally stopped fooling around and let him run free last year. He managed a lofty 1,468 total yards and scored 12 times. What is not to like?

People seem to hold back a little with Dobbins. But, I love the bold call to see him wind up No. 1. All the more kudos to him if accomplished in the midst of Lamar Jackson stealing a lot of run action.

The Mixon believers need to see this guy back in action playing healthy. He’s definitely a long shot to be No. 1, especially if the Bengals fail to upgrade their offensive line in the draft. As a rusher, Mixon has averaged just 67.2 yards per game and has scored only 20 times.

Talk about some real deep digs here. But, this is fantasy football, and we really never know what might happen along the course of the season that could send one of these RBs into that No. 1 fantasy finish!

Let’s get ready for the late slate! #MLB #DFS