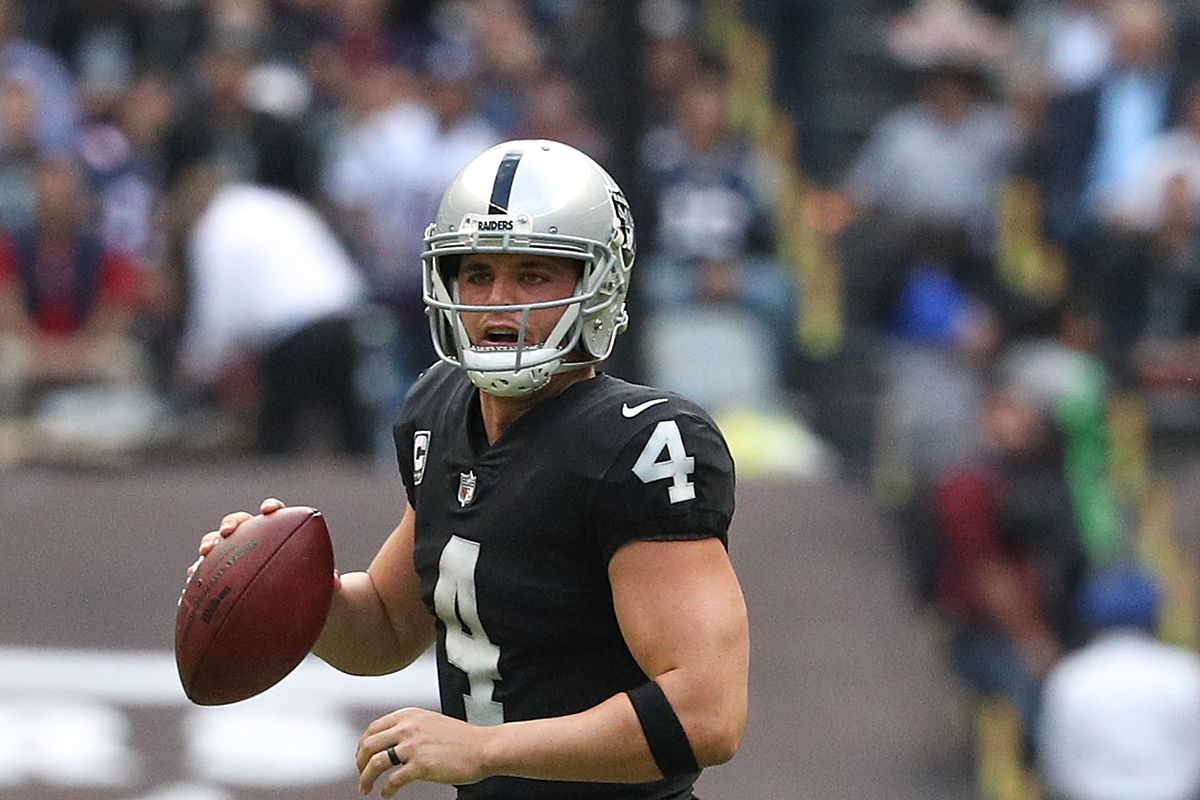 Whew! This season has been wild. Fortunately, most players have been able to participate in five games so far ahead of having to take a bye week off.

With that said, let’s look at some quarterbacks who are leading in both the good and bad fantasy columns thus far in their five games played.

Wilson has been nothing but a gem for his owners and is a must-start fantasy QB1 who has also averaged 300 passing yards per game. Enough said.

Two passing touchdowns in five games is absolutely horrendous for Jones’ fantasy owners to conceive. Top that with the lowly 222 passing yards on average per game he’s managing and Jones should be benched in all formats.

Wentz leads the league with more than two picks on average per game committed. The middling 238 passing yards he racks up per contest on average and his six touchdowns in passing barely keep him fantasy-relevant.

As for Carr, I’ll get to his fancy fantasy stats shortly here.

Most Passing Yards on Average Per Game: Dak Prescott: 371.2

Unfortunately, Prescott’s year looks to be over. But, he did give his fantasy owners a good run to start the season. Best of luck to those out there who need to find a replacement for Prescott. Perhaps that guy just might be Andy Dalton.

Jackson is coming up very short in the passing yards department. Luckily, he has rewarded with 10 total touchdowns to help offset this dreary number. Though overall, Jackson is not living up to his high draft-round hype for 2020.

I’m loving this fun-fact. Carr was a draft day snub in many leagues and now he’s one of the most reliable fantasy QBs in 2020. He had that one aforementioned interception that accompanies 11 passing touchdowns and 288 passing yards on average per game.

Yet shockingly, Carr can still be found on the waivers. Go figure.

Most Rushing Yards on Average Per Game: Kyler Murray: 59.2

Murray’s rushing yards per game (and five rushing scores on the season) are helping pad his passing numbers. He’s throwing for an average of 260 yards per contest which is decent. But, his six interceptions have not been ideal.

I hope you found this fantasy update fun and eye-opening. This just goes to show that some quarterbacks drop the ball in fantasy land after being drafted too highly. Meanwhile, others who were taken in lower-rounds or even from the waivers can be fantasy gems.