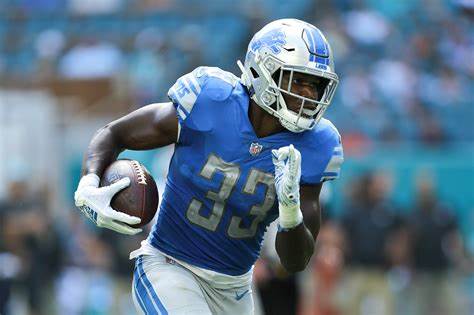 The year 2020 has been a rollercoaster, to say the least. Thankfully, for us football lovers, the NFL season will still take place and fantasy football will live on.

With that said, I made some wild fantasy predictions for the 2020 season, because this year has been all about expecting the unexpected, right?

I recently put out a poll asking whether DJ or CEH will score more fantasy points their Week 1 season opener when the Chiefs take on the Texans. Astoundingly, the poll favored the rookie over the veteran.

This is pretty wild, considering CEH has yet to even play a pro game. Boldy, I’m going to predict that DJ well-outscores CEH this season. He looks to be in amazing shape and the Texans are committed to him as their three-down back. I’m siding with experience over youth.

Philip Rivers Sneaks in as a Top-10 Fantasy QB

After starting with the Chargers since 2006, Old Man Rivers has been recycled to the Colts. As he enters the 2020 fantasy season, he’s currently being drafted as a QB23.

This is understandable considering he recorded a horrific 23:20 touchdown-to-interception ratio last year.

I’m going out on a limb for Rivers and suggesting that a new coach, new offensive line and an exciting group of fresh receiving talent launch him into the top 10 QBs for 2020.

People will be BEGGING to Trade for DeDe Westbrook

The Jaguars are one of the biggest garbage time producers in the league. And WR D.J. Chark cannot catch every pass that Gardner Minshew will throw.

Westbrook has garnered at least 100 targets per season since 2018. As long as he is healthy, he is going to be busy on a team that no longer has RB Leonard Fournette to move the sticks. Look for others to take note as Westbrook’s stock starts soaring.

I also believe that Gardner Minshew finishes 2020 well above his current ADP of 14.01.

Johnson hasn’t exactly panned out as a reliable fantasy starter. He played 10 games as a rookie and then just eight last year, with all missed time due to injury.

Let’s just say, Johnson should be highly motivated to stay healthy and produce top results with rookie D’Andre Swift breathing down his neck to compete for carries.

For now though, Swift is limited with a leg issue and Johnson is on track to start. It’s Johnson’s time to shine and prove he can be the reliable bell cow and fantasy back who won’t let his owners down.

After a lukewarm 2019 season, Mayfield is currently being drafted as a QB18. This is compared to Josh Allen at a QB11.

In 2020, Mayfield should keep ahead of Allen in passing yards as he did last year after accomplishing nearly 800 more. This hopefully means more passing touchdowns to boot.

Where Mayfield can finish ahead of Allen, is by Allen dialing back his rushing yards. With the one-two RB duo of Devin Singletary and Zack Moss pounding the ground, Allen shouldn’t be running plays as much as he did last year.

With this said, Baker has the best potential to be the higher-scoring QB between the two.

If health prevails, Engram is in the discussion to finish as a top-5 TE in 2020. He’s having a fantastic training camp and the sky is the limit.

Keep in mind that Engram has averaged 7.3 targets per game since his rookie year. He’s currently being drafted as a TE7. Rounding out the top-5 is doable in a Giants offense that utilizes Engram as more of a receiver than blocking TE.

Draft him and leave your TE worries behind.

Ruggs isn’t exactly listed as the top rookie WR from the many rankings I have seen. But, this Las Vegas rookie will receive a huge role right out of the gate as the Raiders No. 1 WR. Tyrell Williams is sidelined and Hunter Renfrow looks to receive the slot work.

So, it is not that unrealistic to see Ruggs gaining more overall targets versus other standout rookie WRs who will play No. 2-3 roles on offense. I’m talking about guys like CeeDee Lamb and Jerry Jeudy who fall into this category. I also prefer Ruggs over Jalen Reagor who will start out in a crowded receiving corps with two ball-hogging TEs.

Tom Brady and Rob Gronkowski Hook up for 12 Touchdowns

Say what? I said it and it can happen. Gronkowski and Brady share a nine-year career history filled with fantastic hookups. And, Gronk has 79 touchdowns on the books.

Gronk last produced 12 touchdowns off the hands of Brady in 2014. To accomplish 12 touchdowns in 2020, Gronk would have to score in three out of every four games in 2020. That’s possible, right?

Gronk looks fabulous on the field and he could easily remain Brady’s security blanket in the red zone.

D.J. Moore is of course the top dog in Carolina. But, I think Samuel finally starts to make his mark, despite the addition of Robby Anderson to the Panthers’ roster.

He’s reportedly having an excellent training camp and will benefit tremendously with improvement at the QB position with the very underrated, Teddy Bridgewater under center.

For those interested, Samuel can be scored ultra-cheap in drafting at his current ADP of 14.07

I asked the Twitterverse for a bold prediction I could include within this article. This one was too wild to pass up. Let’s see how I can support it.

Since Matt Nagy won’t name a starting QB until close to kickoff, let’s just say he starts with the guy who has the most experience with the Bears offense and that’s Trubisky.

Next, we have the Bears’ upcoming eight-game schedule mentioned in the tweet suggesting Trubisky goes 7-1.

I personally cannot give Trubisky 7-1 here. But, if Trubisky can at least go 6-2 or 5-3 at this point, he stands a decent chance of remaining the starter. One more game start for him would make for nine which is more than Foles could start should the team switch gears.

Thanks for reading and best of luck with your upcoming fantasy drafts! Follow me on Twitter or Instagram for more fantasy tidbits and my random thoughts.

Been a nice but weird day with people leaving me hanging. Oh well