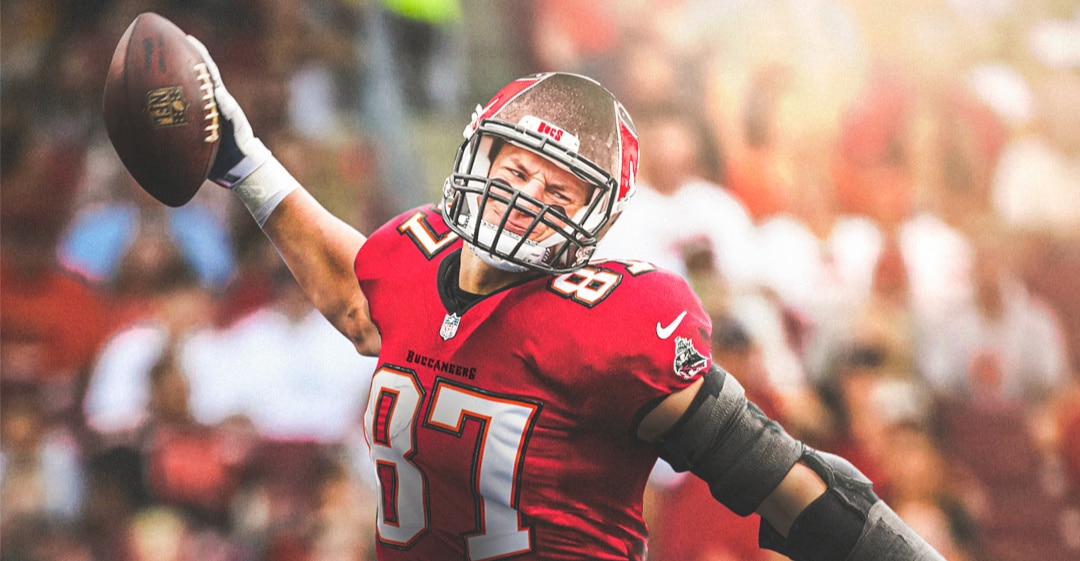 I was recently invited to participate in a 32-team question/answer article focusing on the Tampa Bay Buccaneers’ potential tight end formations for 2020. In particular, I was asked to give my opinion on the relevance of holding on to O.J. Howard in fantasy football now that Rob Gronkowski has joined the team.

Overall, I think it’s going to be a crowded receiving corps for Tampa. Two tight end sets, that reportedly will be used at times, are definitely conceivable considering Tom Brady’s past success in throwing to two tight ends previously in New England.

However, I still see Gronkowski being the most-targeted and best fantasy tight end option given his long history and chemistry of playing with Brady. Cameron Brate is always a wild card and if he emerges as more of a hot hand than Howard, Howard could be the odd man out.

Aside from this, there could be games in which Mike Evans and Chris Godwin command the lion’s share of the targets in the passing game. So at the end of the day, I don’t envision Howard even posting top-20 tight end points for 2020. He has never played a 16-game season and his numbers last year were dismal with only one touchdown on his record. Gronk is a beast in the red zone and if he stays healthy, he easily has top-10 tight end potential.

Here are my 2020 fantasy projections based on each tight ends’ target volume, catch rate, yards per catch, and likelihood to score:

With that said, Howard and Brate are mere handcuffs to Gronk. Brady and Gronk have a love connection that shall not be broken up unless an injury takes place.

Davante Adams will get a TD!! Let’s make it so!